Andrew Jefford throws a proverbial bone to horizontal wine tasting, which he feels is underrated in today's world of writing and criticism.

Wine lovers are used to thinking about horizontal and vertical, especially when it comes to tasting. A horizontal tasting enables a range of wines from the same year to be compared: the emphasis is on the difference between wines. A vertical tasting looks at just one wine through a range of different years, emphasizing the difference in vintages. That’s a useful distinction.

Few wine lovers drink one type of wine alone, to the exclusion of all others. Almost all of those who love wine love its diversity. No other alcoholic drink matches wine’s multitudes. It’s a kind of sensual barometer for difference itself, reflecting the ever-changing places and climates in which vines are grown, and the variety of cultures and talents of the craftswomen and craftsmen who vinify it. If I taste wine, I taste difference.

How, though, do we go about sorting those differences?

The best way is horizontally, which means prizing the differences as sacrosanct, and giving them our full attention: enjoying difference for itself.

Some differences in wine are well-understood, and comparisons have long been easy and enjoyable to make: a left-bank, Cabernet-dominated Bordeaux, for example, compared to a right-bank, Merlot-dominated counterpart; a Barbaresco compared to a Barolo; or a Rioja compared to a Ribera del Duero. In the latter two cases, the principle comparison is between places – close and nuanced in the Piedmontese example, more distant and dramatic in the Spanish. The subtle contrast in place in the Bordeaux example is gently amplified by varietal difference.

The fact that the southern hemisphere is principally planted at present with a small number of ‘international’ varieties makes the act of contrasting differences in place and wine-making culture and technique straightforward. Chardonnay, Cabernet or Syrah act as reagents for those differences; Pinot, too, for cooler climate locations. Tasting each wine as an individual, in which those differences are inerasably inscribed, is a fascinating and rewarding experience: a Tumbarumba Chardonnay against a Margaret River or Adelaide Hills counterpart, for example, or Pinot Noir from different parts of New Zealand and of Oregon. This is how you can travel the world and meet winemakers without ever getting up from your kitchen table by the waterside in Tromsø, on a farm in rural Minnesota or in a tower block in Singapore.

Sadly, though, the horizontal approach is the underdog, at least at present. The near-universal habit of scoring wines has had a catastrophic effect: the vertical approach to appreciating differences between wines is top dog.

Take five well-made wines of interest: all are different. All provide pleasure, of different sorts.

Now give those five wines a score each: suddenly you have a vertical suite of difference. There is a ‘best’. There is a ‘worst’. There’s a ‘second from bottom’, a ‘middling wine’ and a ‘second best’. There are, in other words, four losers and one winner, as Hugh Johnson pointed out many years ago.

What happens to the losers? Their differences are now downplayed and disparaged. We focus, if we focus on anything, on their ‘failings’: the things which meant that they weren’t ‘the winner’.

The negative effects of a vertical approach to wine don’t stop there. Too much focus on scores, on winners and on losers fuels price inflation, as the winners (or their sales intermediaries) ramp up their prices to grotesque extent (the subject of my essay last week).

It leads to an unhealthy emphasis on brands, which are inimical to the highest forms of wine culture.

It leads to price gouging: look at the flagrant examples of this associated with the white wines of assorted, often modest origin now vinified and marketed at eye-watering prices by Médoc classed growths.

It leads to a burgeoning population of label drinkers: wealthy, status-conscious folk who crave only ‘the best’, unaware of how fallible, empty and unsatisfactory that concept can be when applied to wine.

It creates perfect victims for the kind of deceitfulness practiced not simply by the Kurnawians of the wine world, but by the army of commonplace counterfeiters who have flourished over the last decade in China.

You might argue that there are some benefits to the vertical approach to wine. This is true. I wrote “five well-made wines of interest” in the example above. A vertical approach will help you set aside wines which are not well-made (though there are few of those nowadays outside the ‘natural’ circuit) and set aside uninteresting wines (of which examples abound). Verticality has its place.

It also, though, needs to be kept in its place: locked up in a kennel. Only the loping, smiling, slurping, affectionate and limitlessly gentle hound of horizontality can ensure you derive maximum pleasure from the wine world and all of its beautiful differences. Forget ‘the best’. Keep high scores at bay, as simply one attribute of a wine amongst many. Embrace difference. 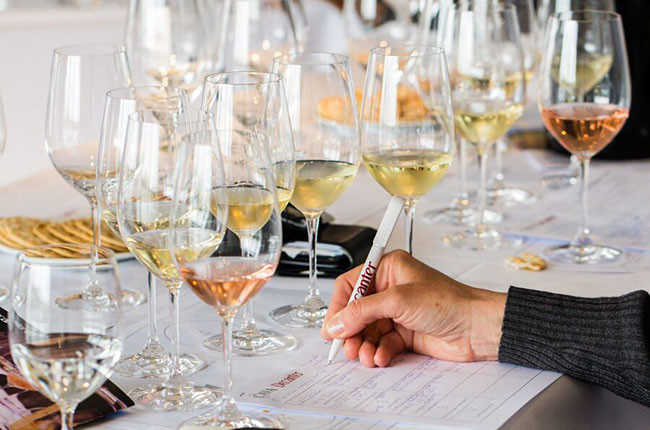 The world’s most expensive Cavas