Back in November, I reported on a conversation with Philippe Guigal – but omitted the final intriguing remark he made: “Wine is also a dream.” I’ve heard other wine producers say something similar on a number of occasions. What’s meant?

Wine producers know their wines intimately, like parents know their children, and like married couples know each other. They know them mundanely – as grapes, juice, smells, problems, frustrations, anxieties, difficulties. Most growing seasons are a series of crises; winemaking delivers a set of unpredictable and unruly ferments. Lesser wines often outshine brighter wines in the noisy playground of an autumn cellar. Producers must wonder, sometimes, how it is that the reduced, unbalanced, turbid or plain boring young wine run off from a tank or barrel might, one day, justify a price tag of hundreds of pounds, euros, dollars a bottle. 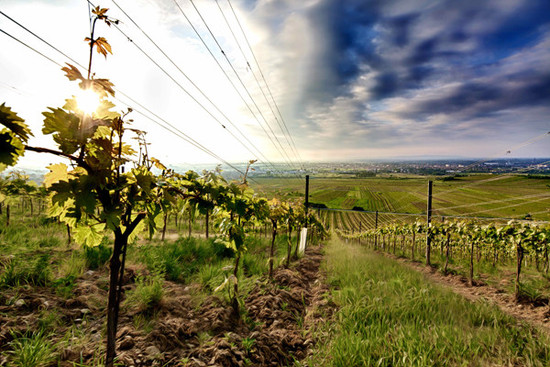 Or does it? Many studies have shown consumers preferring less expensive wine to more expensive alternatives (see, for example, here). Celebrated studies by the Princeton economist Richard Quandt and others, moreover, have demonstrated the fallibility of expert judgments about wine and the inconsistency of results from different wine competitions. (Type ‘wine’ and ‘bull***t’ into your search bar and you’ll quickly marshal the evidence.)

What wine magazines call ‘blind tasting’, remember, is nothing of the sort. True blind tasting would mean that nobody taking part, including the steward, knew anything whatsoever about the liquid being tasted; black glasses would be used; and some of the samples would be duplicated as controls. This would almost certainly produce results of meaningless chaos, even with panels drawn exclusively from the ranks of Masters of Wine and Master Sommeliers. Visiting Martians would find the wine circus an amusing example of the human propensity to overcomplicate what is simple, and to behave in a delusional manner for emotional reasons.

You could say, in fact, that what matters most about most wine – and all of the wine scrutinised and written about by wine writers -- is its dream force. I’d define this as the ability to induce reverie, to inspire aspiration or hope, and to promise (even if it finally fails to deliver) exceptional sensual gratification. In other words, that which wine traders trade, wine collectors collect, and about which wine writers write is not simply “also a dream” but principally a dream.

The dream begins because wine is an alcoholic drink. The ethanol in wine alters brain chemistry, engaging the emotions and modifying the drinker’s mood. (Brain chemistry changes during the dreaming process, too, thanks to the action of compounds such as melatonin and oxytocin.) Wine writers tend to ignore the alcohol in wine, or to regard it as an unwelcome hazard and a blemish if palpable, yet the truth is that if wine wasn’t an alcoholic drink, its dream force would instantly evaporate, and its emotional appeal shrivel.

It commands our attention because it commands our emotions, and the way in which it does that is the first building block in our mental construction of a wine’s personality. We cannot feel about a Mosel Kabinett (‘pure, pristine and filigree’) in the same way we feel about a Châteauneuf du Pape (‘warming, rich and powerful’) – principally because the latter is twice as strong as the former, as we will realise after half a glass. But after three glasses of either, we are emotionally engaged with the wine in a way that we will never be with fruit juice or a soft drink, no matter how subtle. 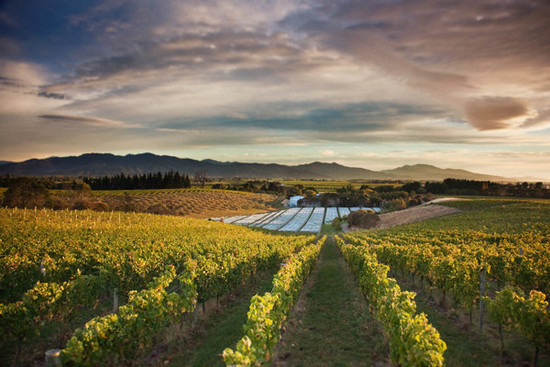 The second element of wine’s dream force is its cultural depth. The magnificent text which in part marked the birth of the European literary tradition (Homer’s Odyssey) brims with acts of wine-drinking; indeed its plot at one point relies on wine. Still more importantly, the world’s largest religion in terms of number of followers actually asks worshippers to sip wine at the moment of greatest significance in its key ritual. Office workers heading out for a glass of Chardonnay after work on Friday aren’t consciously thinking of either an oral narrative poem in ancient Greek or of the Christian eucharist – but both are there nonetheless, oneiricaly, quietly haunting the act those office workers are about to engage in.

Wine’s history is there, too, clinging like barnacles to the hull of the dream, and sinking it more deeply into our consciousness. Partly on an anecdotal basis: Pepys drinking Haut-Brion in a London pub, the Prince de Conti and La Pompadour squabbling over what we now call Romanée-Conti, or Napoleon quaffing Chambertin (diluted with water) en route to Moscow adds to the dream force of each wine. But the history of critical evaluation is a mill of dreams, too. As you prepare to draw the cork on a New Year’s Eve bottle of Léoville-Las Cases, you will remember that the brokers of Bordeaux sagely considered it a ‘second growth’ back in 1855. You will, in part, be drinking that dream of approbation when you find the wine good (and better than a ‘mere’ Médoc like Potensac, made by the same hands with the same care). Of course, there are modern equivalents: a bottle of Grange comes freighted with the dream of an Australian winemaker who secretly carried on trying to create the Australian answer to great Bordeaux, despite having been forbidden to do so. Every bottle of Stag’s Leap Wine Cellars SLV Cabernet Sauvignon reminds the drinker of that Rubicon of critical evaluation: the Judgment of Paris.

I’m loathe to admit it, but the notion of terroir also has as much to do with wine dreams as wine reality. Is every bottle of Sancerre signally different from every bottle of Pouilly-Fumé? Of course not, but the dream of place insists we think about them in a different way, and insists that both are different to Sauvignon de Touraine. The dream, here, is a kind of ideal, like a morally perfect life, to which all must aspire even if few end up conforming.

Even something as simple as a glass bottle has dream force – heavy, glossy, strong but fragile, made of melted sand, and often now embossed, too. One reason for the tenacity of cork closures over what seem to be more efficient alternatives is that this chamfered piece of oak bark from a Portuguese or Sardinian forest has more imaginative hold over drinkers than a metal cap with a plastic liner. Bottle labels, finally, create their own dreams: compare Mollydooker’s The Boxer with von Schubert’s Maximin Grünhauser labels to witness a spectacular clash of dreams. Never underestimate the power of labels. Most wine producers are insanely insouciant about them. 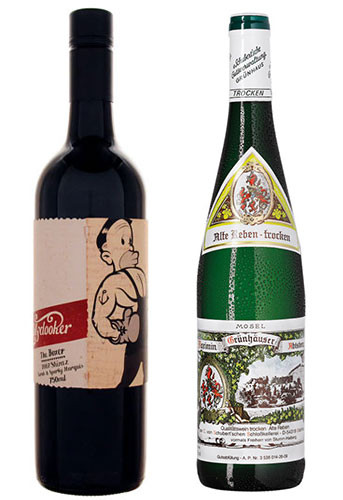 You could even say that the dream modifies our reaction to the taste of the wine. Few drinkers enjoy their first sips of wine. If you’re planning a dry January, remember that when seasoned drinkers take a break from wine, they’re sometimes disconcerted on returning to it, and struggle to like it again. Wine may not, in fact, ‘taste nice’. It’s an acquired taste; we need the dream (and in particular the cultural and gastronomic context) to come to understand it and enjoy it.

Am I pointing all this out to belittle the liquid itself? Not at all. Terroir exists; quality exists. Critical assessment is, in the end, the voice of the market: the greatest wines are those found so over the longest period by the greatest number. Dreams cannot save a wine which doesn’t deserve its reputation. What I (and, I think, Philippe Guigal and his fellow winemakers) are pointing out, though, is that no wine can ever be separated from the dream force which accompanies it. Wine drunk under the true blind-test conditions I outlined above – or wine reduced to its existential, dream-stripped residuum -- couldn’t be fully enjoyed: we need (and have paid for) the dream, too. The dream is always part of the pleasure. It may, indeed, be most of the pleasure.