Mouton Rothschild will release a host of top wines dating back to 1870 from its own cellars for a Sotheby's auction in Hong Kong to mark the coming Chinese Year of the Ram.

Sotheby's said it expects the ex-cellar collection of Mouton Rothschild wines to fetch up to HK$20m ($2.5m) when they are auctioned on 30 January.

It is the first time that the first growth estate has released wines direct from its Bordeaux cellars for auction in Asia and the sale will be a test of consumer interest in top Bordeaux in the region, after two years of Burgundy dominating auctions.

Sotheby's is hoping for a boost in buyer interest from China's spring festival, which will mark the New Year of the Ram.

Mouton's emblem contains two rams on their hind legs, and the chateau is not the first to seek favour with Chinese buyers on this basis.

In May 2014, Sotheby's sold HK$11.4m of Cheval Blanc wines direct from the chateau's cellars in a Hong Kong auction timed to coincide with the Year of the Horse. 'Cheval' literally means horse in French.

Top selling lots at the Mouton auction in January were expected to include old vintages, including 1870, 1878 and 1901, as well as six-litre 'imperials' with labels designed by Chinese artists Gu Gan and Xu Lei.

They pair created labels for the 1996 and 2008 vintages respectively of Mouton’s first wine.

For context, Sotheby's sold a 114-bottle 'super lot' of Domaine de la Romanee-Conti wines in Hong Kong in October for a record-breaking HK$12.56m.

It included six bottles from each vintage between 1992 and 2010 inclusive and emphasised why Burgundy's DRC had been Sotheby's biggest selling wine estate at auction the year before. 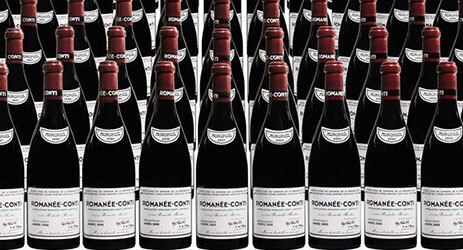