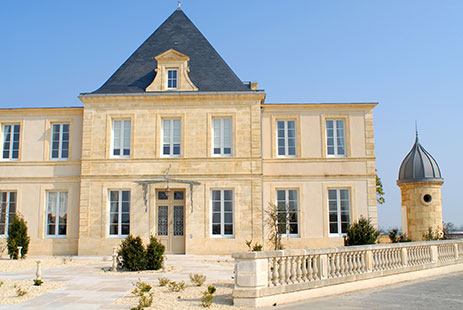 Location: AOC Pauillac, with the vines located next to Mouton Rothschild and Lafite Rothschild.

Production: 40 hectares, producing around 12,000 cases of wines per year.

- First owner Urbain Pierre Pédesclaux was a well-known wine broker. A family member, Edmond Pédesclaux, who had been a licensed broker since 1840, was part of the group of brokers charged with compiling the list of chateaux to be classified in 1855. This was done according to price, with the fifth growths pricing set at 1,400 to 1,600 francs per tonneau (compared to 3,000 and over for the first growths).

- Today’s owner Jacky Lorenzetti is also owner and president of Paris rugby club Racing Metro 92, as well as working in property. His fortune was estimated to be €245 million by French magazine Challenges in 2013.

- Since Lorenzetti bought the property, it has gone from 20 to 40 hectares with the purchase of some prime Pauillac vineyard.

- In 1947, badly affected by the second world war, the chateau was forced to suspend production and narrowly escaped bankruptcy. It was the purchase by the then manager, Lucien Jugla, who brought it back to life. In 1996, the estate was once again facing bankruptcy, but Brigitte and Denis Jugla once again brought it back to life, building a new winery and buying modern equipment.

- The attractive cellars at the estate were decorated by Bordeaux painter Maurice Mansart (although you might want to get a viewing quickly, as there are plans to completely redo the winemaking facilities here).

Current owner: Jacky Lorenzetti since 2013, with Emmanuel Cruse as director.

Most notable previous owner: Urbain Pierre Pédesclaux, a well-known wine broker, who gave the property his name. A special mention should also go to Lucien Jugla, who lovingly restored its vines after buying the estate in 1950. 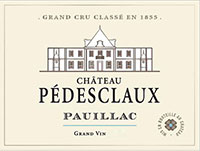 Pédesclaux was founded in 1810 by wine broker Urbain Pierre Pedescalux, who owned it until 1891, when it was sold to Count de Gastebois and then passed on to his son-in-law Count Bernard de Vesins. In 1930, Lucien Jugla first took over the vines as a manager then tenant-farmer, before buying the property in 1950, three years after it nearly closed completely following a very difficult financial period after World War II. The Jugla family remained in charge until 2009, when it was bought by Jacky Lorenzetti. He first asked Vincent Mulliez (who was also a vineyard acquisitions expert who had worked on the purchase) to run the estate as director, but after his early death in 2010, the directorship has now passed to Emmanuel Cruse.

Plantation and vineyard work:Cabernet Sauvignon (50%), Merlot (45%), Cabernet Franc (5%), average age 35 years, planted to 8,500-10,000 vines per hectare. The proportion of cabernet sauvignon is being raised, and the soil being worked to lower the pH to encourage longer-living wines.

Vinification: 10 day cold soak, then vinification in stainless steel tanks that range from 50 to 150 hectolitres. Aged in oak barrels (60% new) for 14-18 months depending on vintage. Bottled with fining but no filtration.

New label as of 2011 vintage, to reflect the myriad changes and improvements that have been made here over recent years, with new vines and new plantings. The proportion of cabernet sauvignon is being raised in the vineyard. Optical sorting has been introduced since 2009. Plans for the creation of a new cellar and winery are under way. 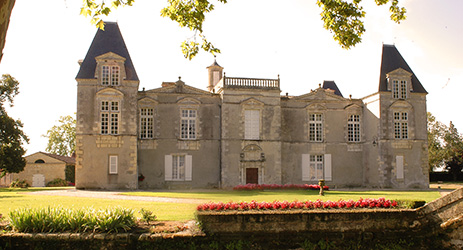