Known for its pioneering techniques, Remírez de Ganuza makes avant-garde wines that are still a continuation of the best Riojan tradition

For an established wine region, steeped in tradition, change isn’t always easy. Surely the old ways will always be the best ways? Sometimes it takes an outsider to disrupt the order; a pioneer to prove that there are different ways of achieving the same goals.

That innovator is Fernando Remírez de Ganuza. And the region is Rioja.

Fernando set up his bodega in 1989. At the age of 39, he had little winemaking experience, but he did have in-depth knowledge of local vineyards, thanks to his previous career as a vineyard broker, buying and selling parcels of vines.

This understanding of the terroir of Rioja Alavesa was his secret weapon when it came to sourcing the best vineyards. So the Remírez de Ganuza story began with the careful selection of prime vineyard sites in the foothills of Sierra Cantabria: Samaniego, Leza, Elciego, San Vicente de la Sonsierra, Laguardia and Ábalos.

While having great vineyards is a prerequisite for making great wines, it’s hardly a revolutionary approach. What made Remírez de Ganuza stand out were the new viticultural techniques it introduced and striking innovations in the winery, all with the aim of creating modern Riojas that respected the heritage of the region.

During his time as a broker, Fernando noticed that little care was being taken in the sorting and handling of grapes. Instinctively knowing that only the best grapes can produce wines with real longevity, his first priority was to buy a sorting table. Today these are a common sight in wineries, but back in 1991 they didn’t exist in Spain.

In fact the winery had to repurpose a butcher’s counter for the task and in doing so became one of the first in Rioja to use a sorting table – a practice that has since been widely adopted in the region.

Even more revolutionary, in 1998 the winery started cutting off the tips – or puntas – of the grape bunches. Remírez de Ganuza’s 80ha of vineyards are planted to Graciano, Tempranillo, Viura and Malvasía. With an average age of 50 years old, the vines are low-yielding and the ‘shoulders’ of the grape bunches are always riper and more concentrated.

Using only these higher-quality grapes would improve the storage potential of the winery’s reds, including its two core wines, the Reserva and Gran Reserva. This extraordinary move also inadvertently created a new, entry-level carbonic maceration bottling called Erre Punto Tinto, finding a new purpose for the bunch tips. 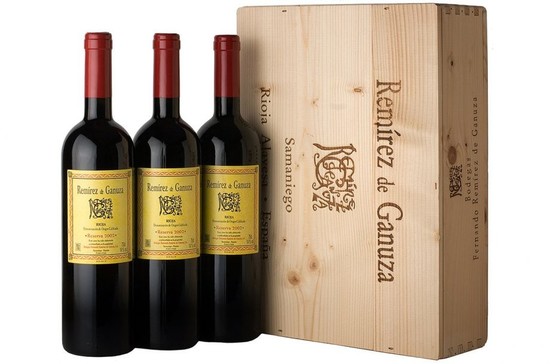 Innovation in the winery

Despite such innovations in the vineyard, Remírez de Ganuza is arguably better known for its groundbreaking innovation in the winery, which has always been aimed at improving the quality and longevity of its Riojas. This was evident from the first vintage, when the bodega broke with tradition by using new French oak barriques to age its wines.

At the time, the standard approach in Rioja was long ageing in American oak barrels; often older ones. By opting for subtle French oak, Remírez de Ganuza introduced the question of terroir into a conversation formerly dominated by oak.

This is reflected in the award-winning style of the bodega’s older wines, which are currently in high demand and a popular choice with wine investors and collectors. Taste older vintages of Remírez de Ganuza today and you’ll discover that their flavours aren’t dominated by oak, though they’re certainly shaped by it. Remírez de Ganuza wines continue to be matured in new French oak.

Other early innovations include the introduction of truncated, cone-shaped fermenters in 1996 and the use of water balloons for extraction. This novel technique took nine years to develop and is used to make the bodega’s rare prestige cuvee: Trasnocho. After the juice for the Reserva and Gran Reserva wines has been run off, the team inserts a PVC bag into the fermenters and gradually fills it with water. This gently presses the remaining grapes while avoiding both friction and oxidation.

The first vintage of Trasnocho was released in 2001, the same year that Jesús Mendoza (who joined the bodega in 1994) was promoted to head oenologist. Since then further innovations have been pioneered by the winery, including the practice of using the skins of white grapes in red wine fermentations, which was introduced in 2003.

In 2004 the bodega’s first white wine, Remírez de Ganuza Blanco, was released. Again, it’s an original: barrel-fermented at a low temperature it undergoes a novel type of batonnage to add texture and richness to the final wine. Instead of opening the barrels and stirring the lees – the typical technique – the closed barrels are placed on rollers and rotated in order to avoid oxidation.

Such innovations are driving towards the end goal of producing cleaner, purer, more balanced and less oxidative Riojas. They are the milestones in Remírez de Ganuza’s pursuit of expressing the true Rioja, where terroir comes first and the barrel hones its expression slowly over time. This is contemporary Rioja that’s built to last: a wine that speaks of the land and tells its story slowly, over time so that it can be enjoyed in 10, 15 or 20 years time – or even more. Proof that new ways can in fact help to preserve the best parts of the past. 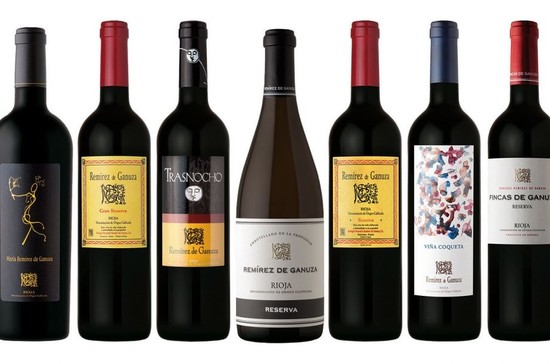