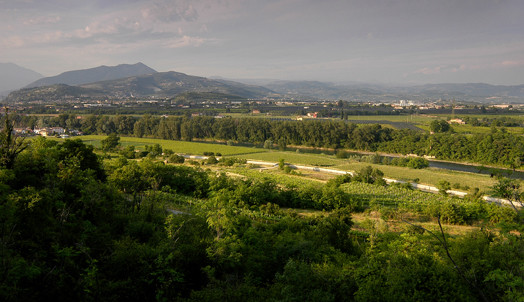 From volcanoes to clay

The area produces four wine styles: Amarone, Valpolicella, Valpolicella Ripasso and Recioto. Although made with the same grapes (Corvina, Corvinone, Rondinella and other lesser varieties), their winemaking techniques are different. Valpolicella, a historical illustration of ancient farming rhythms, is a fresh, spontaneous and enjoyable wine; the soft Ripasso (‘re-passed’ over Amarone pomace) is soft; and the two passiti brothers, Amarone and sweet Recioto, are made from dried grapes. Amarone has stolen the international limelight with its splendid concentration, structure, elegance and unique complexities. Power unites with a delightful softness, giving a durable opulence. 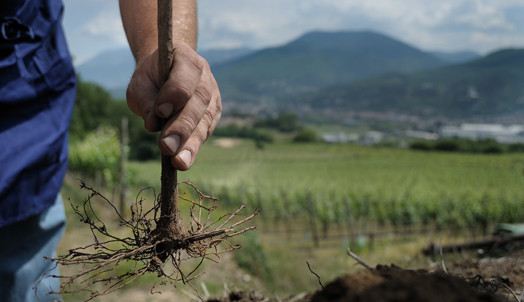 So where might you most enjoy tasting these? Why not start with San Pietro in Cariano, the heart of Valpolicella (the Roman church in San Floriano is also worth visiting), or Monte Dall’Ora (www.montedallora.com), six hectares of vineyard where biodiversity rules, producing biodynamic wines with an identifiable and well-interpreted style.

Nearby Brigaldara (www.brigaldara.it) has a refined stylistic code which results in austere and elegant wines with enormous personality. Meanwhile, the co-op Cantina di Negrar (www.cantinanegrar.it) has recently built a visitor centre. Here you can stock up on quality wines without breaking the bank.

Not far away in Fumane, interesting places to visit include a prehistoric cave; the Molina Nature Reserve, an oasis of waterfalls set among woods with an adjoining botanical museum; the The Madonna De La Salette Sanctuary, built in 1864 to seek protection from the devastation of phylloxera; and the boutique producer Scriani (www.scriani.it), with its tardis-like cellar. Lastly, Le Salette (lesalette.it), a wine-producing company established in the 19th century that makes complex, energetic wines.

Part of the wealth of the Valpolicella area lies in its ancient villas: taking a detour towards Gargagnago takes you to Villa Serego Alighieri (www.seregoalighieri.it), which still belongs to the descendants of the poet Dante. Not far from here are the offices of the Strada del Vino wine route (www.stradadelvinovalpolicella.it), where you might be directed to Villa Mosconi Bertani in Arbizzano – arguably, the most beautifully sited villa in Valpolicella – here, Gaetano Bertani has the headquarters of his Santa Maria alla Pieve estate, complete with tours and wine shop (www.mosconibertani.it).

In Valpolicella free time can be spent on long walks, exploring the area on a mountain bike or on horseback (Circolo Ippico Valpolicella, +39 347 035 6560), or relaxing at the hot springs (www.aquardens.it). The surrounding areas further east are also very beautiful and it is no coincidence that Valpantena is known as ‘the valley of all the gods’.

The historical Bertani company – founded in 1857 and an indisputable icon of Valpolicella – is located in Grezzana (www.bertani.net). Its wines continue to act as absolute reference points by uniting tradition and innovation.

Further east, at Cellore d’Illasi, the winery of Romano Dal Forno (www.dalfornoromano.it) has affirmed himself as one of the best Amarone producers and leads the entire east Valpolicella area. His world-famous wines are intense, concentrated and the result of almost maniacal work in the vineyards.

From Verona Airport, the Valpolicella area is 30 minutes by car, or 20 minutes from Verona’s train station. 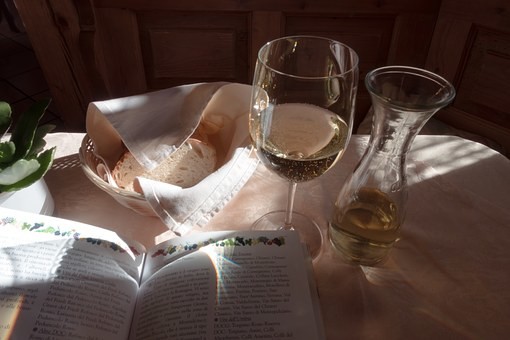