An evening at one of Viniv's client MashUp weekends just might be the most unusual networking group in the world, and almost certainly one of the most fun. You could be seated next to Lee Soo Man, record producer and founder of SM Entertainment in Seoul, regularly cited as the 'king of K-Pop', and opposite Pete Johnson, ex-heavy metal guitarist turned celebrated cigar manufacturer who counts New York mayor Rudy Giuliani among the fans of his Tatuaje signature smokes.

Soo Man didn't make it this weekend, but Johnson was there, as were Duco Habemma and Job Roodnat, the Dutch founders of iconic clothing company Scotch & Soda, and Bernice Liu, the Canadian-Hong Kong singer and actress who is currently filming a TV series in mainland China but had flown in to Bordeaux for the night.

Don't expect to speak about their day jobs here though. This is a winemakers' hangout, and everyone is concentrating on blending their latest vintage. Over 20 groups of friends from a dozen countries are here, taking final tasting decisions before bottling their micro-cuvées of 2011 wines. You'll get further by discussing percentages of cabernet sauvignon than autograph hunting.

There's no doubt though that the profile of clients hasn't gone unnoticed by the Cazes family of Chateau Lynch Bages, who are hosting the evening and who are the new owners of Viniv. They have been smart enough to see that these people, who feel passionately enough about Bordeaux to want to see behind the scenes, and are happy to pay around £8,000 per barrel for the privilege, are worth getting to know. 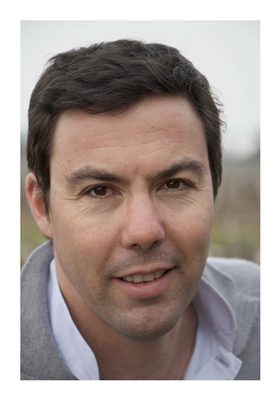 There are other benefits beyond a client list. 'Bordeaux has always been renowned for its wine,' says Cazes, 'but it’s conservative. Viniv is a way of breaking the rules and making a connection with other wine lovers.'

Like Cazes, I first met Bolger - who grew up in Chicago with a French mother - when he moved to Bordeaux in 2008. His plan to create the French version of a Californian custom crush winery always seemed like it could work in a region as iconic as Bordeaux, if he could just convince the locals to sell their fruit to him.

'I had a lot of knockbacks at first,' says Bolger, 'until I worked out how the Bordeaux system works, and went through a broker - which is how everything gets done here. He made a few calls, and doors started to creak open. The big breaks came when we found a winery home in Jonathan Maltus' Chateau Teyssier in Saint Emilion, and when we convinced Eric Boissenot (wine consultant to four of the five 1855 First Growths) to come on board as winemaking consultant for our clients.'

Besides the clear benefits of the setting - Pauillac is the heart of serious winemaking in Bordeaux and the village of Bages comes complete with the hotel Cordeillan Bages and its two-star Michelin restaurant, bistro Cafe Lavinal, and Cercle Lynch-Bages wine school - clients of Viniv now get access to Daniel Llose and the winemaking team of Lynch Bages itself, as well as Boissenot. Lynch Bages grapes are not on the menu for clients, but the Cazes family do provide some plots from their other vineyards, and clients continue to have access to fruit sources from celebrated appellations like Margaux, Pauillac and Saint Emilion, as well as vineyards in emerging appellations with old vines and superior terroir. 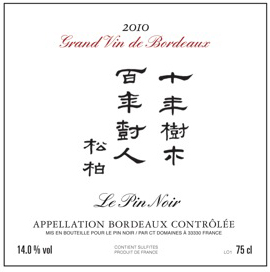 Shamit Khemka, who lives in New Delhi and runs IT company Synapse India, says something I heard several times during the night. ‘The association with Lynch Bages adds a level of confidence, just knowing it is part of the Cazes family. I love the concept, and I hope I'm making wine that my children can inherit.'

'Last year was about getting the practical aspects of the new company finalised,' says Bolger, 'now we can get on with running it.' Since 2008, 400 clients from over 20 countries have made a Viniv barrel. The team just signed up clients from Moscow and Azerbaijan last week, with nine barrels sold during the 2012 en-primeur week alone.

Interest from Asia is starting to increase - and here again the influence of the Cazes family is going to be beneficial. Bolger has run events in Hong Kong and mainland China, but will now also have the benefit of Qing Chi, the Cazes family representative in China. Chi got her masters degree in Bordeaux, spent six months at Lynch Bages, and is now based full time out of Shanghai. There are also plans to make use of the status of the celebrated Pauillac estate.

Most, however, find the problem is not getting less involved, but more. 'I started off with one barrel,' says Bernice Liu, whose wine (pictured on the right) won bronze when submitted (blind) to the Decanter World Wine Awards, 'and I just keep signing up for more. It's the wine, but it's also the whole experience.' One Viniv client, Jonathan Drake, is based in Zurich but has just bought his own vines in South Africa. 'Once you get in to this,' he tells me with a hint of alarm, 'if you could you would do it for the rest of your life'.