It’s a major variety in the USA, in Chile and in Italy, and is present in 37 countries, making it arguably the most widely distributed wine-making grape of all. Given all of this, a global trawl for decent Merlot at under £50 should have dumped a slithering, writhing, heaving deckful of silver-scaled, bright-eyed beauties on the tasting table. Shouldn’t it? I set off with high hopes. I’m not (in contrast to Miles Raymond in Sideways, the 2004 film which dented US and UK sales of Merlot) a Merlot-phobe. Great Merlot, from Bordeaux’s Right Bank, strikes me as perhaps the most sensually irresistible fine red wine of all, marrying an almost visceral aromatic appeal with generous textures and gorgeous flesh, yet capable of real profundity, too. Good simple Merlot can be a wholly delicious red: sweet-fruited and round-contoured. Yet, out of 52 wines tasted, only 12 scored 90 or above, and these came from three areas alone: Bordeaux’s Right Bank, Tuscany in Italy and Switzerland’s Ticino. (Look out for the promising Turkish wine from Chamlija, too.)

Sides of a coin

It’s hardly a surprise that the Right Bank performed as well as it did, and the results show there are still bargains to be had for Merlot lovers prepared to pick their way carefully among Bordeaux’s Right Bank appellations. Tuscany’s showing was perhaps the most impressive of all – indeed almost troublingly so for Sangiovese purists (especially since our price ceiling seems to have put Bolgheri, acknowledged as a Merlot hotspot, out of reach). Be in no doubt, and set prejudice aside: Merlot can perform superbly in Tuscany. The Ticino wines were a little bit oaky, a little bit dressed up, but they work very well and provide great drinking pleasure; the variety is happy here and capable of delivering authentically hedonistic Merlot-appeal.

From other locations, though, the characteristics which make the best Merlot so compelling seemed to vaporise, and it was hard to recognise that the least successful wines were actually made from the same grape variety as the most successful. This vigorous, fertile variety can easily slip into herbaceousness, and it punishes viticultural failings ruthlessly: it races quickly from underripeness into overripeness; and it’s easy to over-oak, especially when the yields have been allowed to run out of hand.

For whatever reason, few of those vinifying it outside Europe seem to manage to endow their Merlot wines with what this variety can achieve back home in Bordeaux: a fleshy, densely contoured palate balanced more prominently by ample, soft-textured skin tannins than by acidity. The moment shrill acidity gets the upper hand over sweet fruit and textural wealth in a Merlot, the charm, fleshiness and sexiness that we lust after begins to slip away. This was notably true of some of the wines submitted from South Africa, Hungary, Chile and Australia.

There are three possible conclusions, none of which excludes any other. One – let’s call it the terroir purist’s view – is that the variety has been widely misplanted in inappropriate climates and soils: a gross historical error which will take decades to rectify. The second is that all this is a matter of aesthetics, and ambitious Merlot producers may, in due course, find their way to making great wines from this variety around the world once they lock on to the seam of inspiration which drives its achievements at home.

The third is to accept that there are really two sorts of Merlot in the world. One is a great red wine of flesh, density and voluptuousness which is almost never labelled ‘Merlot’, and which, for the time being, seems to come from Europe alone. The other is an easy-topronouce red equivalent to Pinot Grigio: an untroublesome, undetaining, fair-enough kind of red wine made to a price and designed to be drunk without overmuch scrutiny. 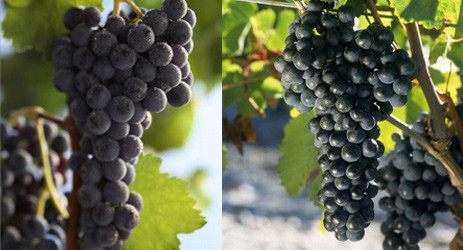