What’s the answer? I’m not sure, but here’s the question.

Every year, in the grey heart of midwinter, the Domaine de la Romané-Conti brings its most recently bottled wines to London. Aubert de Villaine, joined now by his nephew Bertrand, show them to the press, the wine trade and to private customers and sommeliers at the dockside offices of United Kingdom agent, Corney & Barrow. Needless to say, the invitation (on card thick and significant enough to exclude window draughts, fill cavity walls and substitute for carpet underlay) is treasured, and I try to be there, despite living 650 kilometres away. The wines are genuinely thrilling. I take notes, and invariably want to use them for an article. But who, exactly, would the article be for?

Those in a position to buy the wines, it seems to me, have absolutely no need for press guidance, since declining any proffered DRC would be the most financially stupid thing it is possible for a wealthy human being to do in any given calendar year. It must be wondered, too, what percentage of those buying the wines will eventually feel spruce enough to drink them at maturity or otherwise. For all that, I know that the agents strive to find genuine drinking homes for the wines. A secondary market exists, though the entry fee is vertiginous. It’s also affecting that the tasting happens at all, since there is assuredly no need for it; the wines would fly without any use of foil cutter or corkscrew. Many lesser domains are much meaner with tasting opportunities.

In the teeth of such existential doubts, I’m going to persist in describing the 2012 DRC wines shown this early February 2015. They are singularly beautiful wine objects, after all, and tracking the play of their lineaments might teach us something about wine beauty more generally. They are, too, a sort of ideal to which all red burgundy aspires -- and red burgundy itself is an ideal towards which much, perhaps most, fine red wine aspires, whatever its variety and place of origin, that ideal being one of limpidity, grace, balance, and the untrammelled expression of a site and season. So here goes. 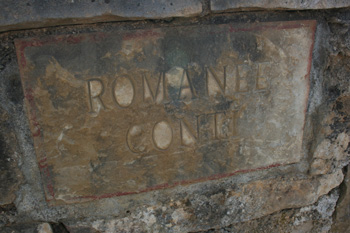 The 2012 burgundy vintage wasn’t a great one. If you drew up a checklist of every difficulty a burgundy wine-grower might face during a season, then 2012 saw every one scored off (episodic cold, rain and hail, with attendant downy and powdery mildew, coulure and millerandage). Skipping between the puddles, though, came periods of generous warmth, notably in June, in August and in much of September. Resources are not wanting at DRC, and a gimlet eye on the vineyards throughout, plus a late harvest, meant a small but healthy harvest. (Very small: 11 hl/ha for the Corton, rising to 27 hl/ha for Grands Echézeaux.)

Sure enough, the wines taste cool, contained and shapely. In a way, that’s why I wanted to describe them: their characters seem more than usually scrutable in 2012, when the steam of a generous summer’s warmth isn’t hissing through them, misting the glass. The optics are polished from the cradle.

Corton definitely set the vintage tone: very sappy and fresh, almost shocking, with billowing raspberry perfume. It was a wine of military precision, and severe, but deep.

Echézeaux immediately whisked you away to another village and another Côte altogether. Suddenly you could smell summer billowing in the air: the sweet fresh fatness of hay and straw, and the fruits now more plum than raspberry, with a whisper of aniseed behind. On the palate, too, the fruit style was richer than Corton, and the textures more gratifying; a resonant earthiness corralled the finish. I almost forgot it was 2012.

Grands Echézeaux seemed, if anything, a little less ripe (it was picked earlier): fruits back to raspberry with – mmm! – some violets, and a lovely washday-fresh lift to it. It then splashed onto the palate with mountain-stream force. The fruits, you realised, weren’t all red, but had a little black in them too, and there was magnificent base-line grip (hurrah for stems); liquorice in place of aniseed. Dense and mouthcoating, but very elegant and dapper, ready to brighten the worst day. 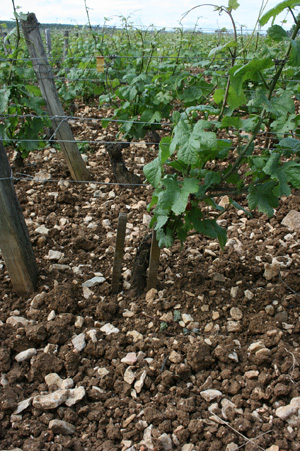 There’s a decided key change when you come to the Romanée-St-Vivant: it’s quieter, more stealthy, more cat-like; all deft brushstrokes and soft fur, with cherry in place of raspberry. On the palate, it’s less firm and pushy than those boisterous Echézeaux boys, and the ripeness goes back a click, leaving it slim-bellied; we stay in the red-fruit register throughout. A wine of disposition, not accumulation.

Then into Richebourg, and suddenly the volume returns: it’s a hugely aromatic wine, though the aromas are exuberant and impressionist rather than finely detailed: a raspberry blast; something burr-like and autumnal; a basmati-rice sweetness. The palate changes in your mouth, from the cool initial impression of the vintage to a plume of fruit in the mid-palate (raspberry, plum and apple) and finally to something genuinely fiery in the finish. Ample tannins, but very finely polished.

La Tâche is the Kublai Khan of the set: exotic and spicy, with musk and sandalwood mingling with the plum and raspberry. On the palate, it’s the great gatherer, bringing together much of what is in the other wines and stocking it all in good warehouse order; the tannins are the biggest of all, but they seem the softest of all, too. I decided I couldn’t spit this wine, but by then it had melted into my mouth anyway.

So how does Romanée-Conti follow La Tâche? By outdoing it in purity and aromatic finesse (if Richbourg is nose-filling, Romanée-Conti is nose-lacquering). Raspberry, plum, apple and bay leaf, but without any of La Tâche’s spice; very vapoury, very aerial. It was another wine which seemed completely locked on to the vintage style: fresh, pert, alert, spring-like, crystalline; indeed almost lunging in its intensity. Nothing but pure red fruits and violets on the palate, and very fine tannins, though they are less thickly articulated than those of La Tâche and Richebourg. If you’re looking for kinship, it’s really Romanée-St Vivant’s very beautiful elder sister.

There you are: useless notes, but some kind of a picture of terroir in action in the world’s most inspiring vineyards.