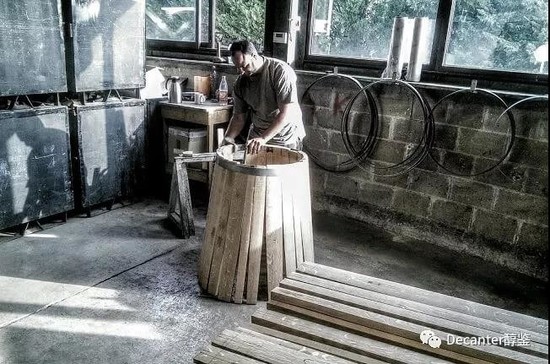 Alongside their alcohol content, wines merit labelling with their work content. It varies enormously. Big-brand, high-volume wines contain hard work, but mechanization and scale greatly reduce the content per bottle. An ambitious small grower faced with a challenging season, a suite of creditors and an indifferent market, by contrast, will bottle wine so saturated in hard work that every glass is a triumph.

The types of work in a bottle of wine vary, too. Vine-tending, for example, is more laborious than wine-making, though colossal ranges (as in Germany or Alsace) add complication. The single most physically onerous task in the entire wine-production process, though, is that of the cooper who makes the barrels the wine will be matured in, as a recent visit to Tonnellerie Cadus in Ladoix-Serrigny confirmed.

No winery action can match the percussive din of a cooperage and its intense expenditure of energy. The two are related: smashing a hammer hard onto a stave or a metal barrel hoop is, literally, a deafening process (French coopers have, by law, to wear personally moulded earplugs at all times).

In developed economies, there aren’t many remaining unmechanised “jobs for strong men” alone, but turning a pile of seasoned staves into a barrel is one. Not just any men, either. This work would be beyond delicate males – though I was surprised to see that those of small, wiry physique can sometimes match the obviously large and muscular. As workers age, they get moved to the less physically demanding jobs, like spotting wood flaws or grading the staves (which requires an astute and experienced eye).

Cadus, which is part-owned by Louis Jadot, produces between 17,000 and 21,000 barrels per year. Total French annual production is about 600,000 barrels per year, making France the world’s leading barrel-producer (ahead of the USA). Crafting barrels efficiently means specialization: there are many different stages to the work, each of which require different skills.

It all begins, in any case, with the work of the merrandiers (stave-makers or stave mills): they are the ones who oversee the felling of the trees, its splitting (French oak must first be split and not sawn, in contrast to American oak) and then its sawing into basic stave units. 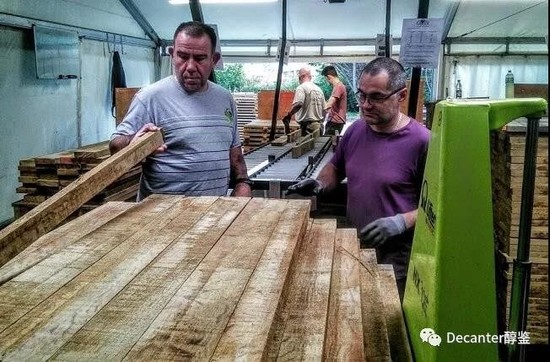 A single mature oak takes 200 years to grow, and staves can only be taken from around 20 per cent of the tree’s wood (Cadus plants a tree for every barrel it makes). The splitting is greatly aided today by the use of hydraulic steel wedges controlled by laser beams – and in the cooperage, too, laser beams are everywhere, helping shape and cut the barrel heads, governing the toasting process and helping brand the finished barrels with winery names and logos if required.

The wood can be bought either as ‘green’ (or unseasoned) oak or in seasoned form. Cadus only buys green oak and undertakes the seasoning itself – for a minimum of 30 months. “The wind and the rain typical of our climate in Burgundy will wash out the harsh tannins that you don’t want to migrate into the wine,” says president Antoine De Thoury. Those tannins stain the wood a brooding dark brown in the yard as it seasons.

Forests of origin are important, and Cadus offers barrels made from the forests of Tronçais (10,600 ha of oak in the Allier with ample polysaccharides and vanillins, described as ‘rich and generous’), Bertranges (10,000 ha of oak in the Nièvre with a more neutral taste profile: ‘taut and elegant’) and Jupilles (3,000 ha of oak in the Sarthe with low phenolic potential and ‘ample finesse’) if wished.

But you’ll also see many other forest names in the Cadus weathering yard. “The quantities are small from the famous forests, so our strategy is not to promote those too much,” says De Thoury. “We know what we have for the next three years, but in the longer term there are more uncertainties, so I don’t want to encourage winemakers in a direction which might not be sustainable.”

Cadus also sells blended barrels from Allier wood (‘roundness and generosity’), Nièvre (‘elegance and finesse’) and Vosges (‘expressive and firm’) more generally, as well as three house blends for its Sensorial range (descriptively named Equilibrium, Volume and Intense). There are around 20 different quality levels in total, and 2018 prices vary from 600 to 1,200 euros per barrel.

A description of every stage in the barrel-making process would be tedious – but I was intrigued to see that some stages are now fully mechanized. Will advances in robotics mean that the entire process eventually becomes full automated? “I can’t predict that,” replies De Thoury. “In any case, it would also require artificial intelligence to replicate the expertise of the coopers, which is another story. Automation is good for productivity, consistency and to improve labour conditions, but the unique quality of the barrels relies on the precision and wisdom of the coopers.” 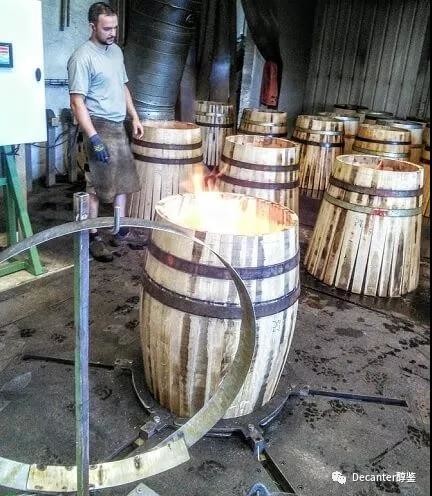 Barrels must be steam-cooled and shaped after toasting. Credit: Andrew Jefford.

The stage in the process which often most interests drinkers, of course, is the toasting of the barrels since it is this which governs how much ‘oakiness’ an oaked wine actually displays. Every cooper, says De Thoury, is aiming for consistency above all – hence laser control for exactly how long every cask spends at each stage of toasting. “You’ll see that our fires are not too big. We want to cook the oak without burning it, to avoid an overtly charry character or too many smoky notes, so we have a long toasting period. Most wineries now want to preserve fruit and freshness in the wines.” He gestured around the hot room. “This is a room where you have fires all day, but the walls are more or less white. There’s no smoke; it’s all evacuated. It’s better for the workers, and it’s better for the barrels, too.”

Running a cooperage is not only dangerous, noisy and physically challenging, but it also carries financial risks. It’s a capital-intensive business, since three years elapse between the coopers buying their wood and eventually selling a finished barrel. Coopers also have to take a position about the eventual demand for barrels three years hence and harvest quantities, of course, can vary greatly: the 2017 harvest in France was down 18 per cent on the already reduced 2016 harvest, while in wood-hungry Bordeaux it was down by 40 per cent. This was a big challenge for French coopers, since many found themselves with too much wood in stock. Some wineries (like Jadot itself) buy wood in advance in order to secure sources. Cadus simply sorts, seasons and builds to order in such cases.

There is one final difference between winemaking and barrel-making. Wine-making is a natural process which, given the right conditions, could be accomplished autonomously in nature, without human intervention; humans are there to oversee, supervise and refine the process. No tree, by contrast, will ever turn itself into a barrel. This is an exceptionally skilled, difficult and arduous craft, the fruit of a 2,000-year Celtic tradition. Next time you drink a fine Rioja, red Bordeaux or white burgundy, spare a grateful thought for those unsung heroes in wine’s architecture of flavour: the coopers. 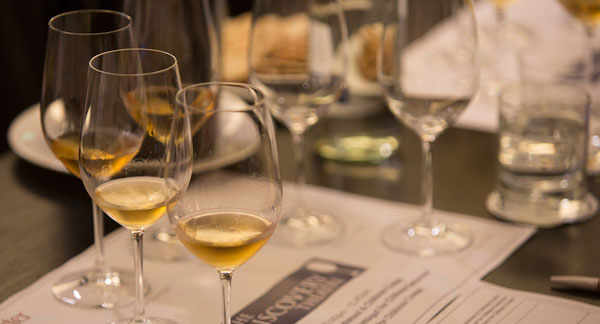 Why do wine glasses shape different?