Christie's said it saw resurgent interest from wine buyers at its latest auction in Hong Kong, which saw vintage Champagne and Super Tuscan wines compete with Burgundy and Bordeaux for headlines.

Total sales from the single-owner auction reached HK$62.4m (US$8m), including buyer's premium and with 96% of lots sold.

Christie's head of wine for China, Simon Tam, said the sale represented a 'resurgence of interest' from fine wine buyers, with bidders coming from 14 countries. All top ten lots were sold to Asia-based buyers.

It was many of the usual suspects securing the highest prices at the sale, and several lots strongly overshot their pre-auction estimated.

Further down the list, there was a strong showing of vintage Champagne and Italian wines. 'One of the largest Italian wine collections offered at a Christie’s Hong Kong wine auction and a comprehensive Champagne collection were all sold well above estimates,' said Tam. 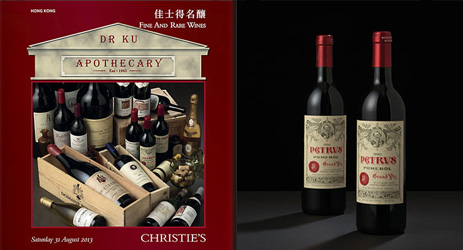