Burgundy’s hierarchy dates back as far as that of Bordeaux, but is based on appellation rather than producer. Benjamin Lewin MW investigates whether classification by terroir stands the test of time. 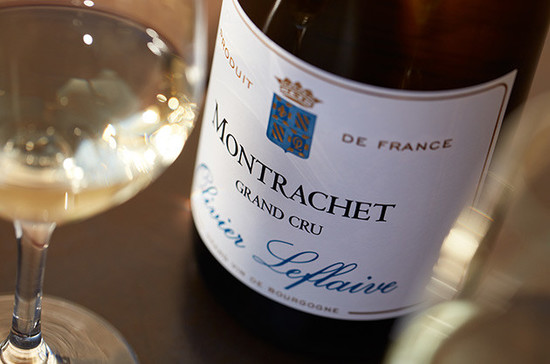 It is less well known that in the same year, Lavalle published his Plan Topographique of Burgundy’s Côte d’Or, a detailed map of every vineyard from Santenay to Dijon, grading them Tête de Cuvée, Première, Deuxième and even Troisième Cuvée.

This was the basis for mapping the Côte d’Or into more than 400 appellations when the appellation contrôlée system was introduced in 1936. Today, every vineyard in Burgundy has its place in a hierarchy descending from grand cru, to premier cru, to village wine, down to generic Bourgogne.

Neither classification was intended as other than a contemporary description of the status quo, but both became set in stone. Since 1855, Bordeaux has been classified by price, while Burgundy has been classified by terroir. In my look at Bordeaux (Decanter, January 2010), ranking by price does not age well for more than a decade. So how does classification by terroir stand up over the centuries?

All classification starts with price. The first classification in Burgundy was based on the average price that wine from each area fetched in the 19th century. Wines were sold at that time by négociants with little attention to individual producers, and prices were based on areas defined more broadly than those of today.

Just as the négociants in Bordeaux found it useful to maintain a stable relationship between the prices of different châteaux, so the Burgundian négociants had a fairly stable price hierarchy for the regions. But by the time Lavalle produced his map, the wines of each cru were being described in detail, and the underlying features of the terrain were part of the description.

A century later, the order had not changed, but finer distinctions were being drawn, with Nuits, Gevrey, Volnay, Pommard, even Savigny, all split into first and second classes. By the second half of the 20th century, premiers and grands crus were distinguished from village wines, and the producer’s name had as much effect on price as the appellation.

The Burgundian appellations were finalised in the 1930s, but closely follow the 19th century map. When I analysed Burgundy along the same lines as Bordeaux, ordering the appellations by average price, I found better agreement between the market and the hierarchy. The order of the top appellations today closely follows that of a century ago, although Romanée-Conti is much farther out in front, and Chambertin has moved below Richebourg and Musigny.

The biggest change is that the very top wines have expanded their lead (just as Bordeaux’s first growths have expanded their lead over neighbouring châteaux). The self-reinforcing nature of being at the top is shown most strikingly by Romanée-Conti, which, when you can obtain it separately, has a five-fold price advantage over La Tâche (no mean slouch itself). The move towards quality at any price might perhaps more cynically be regarded as a move towards fashion at any price in an era when wine has become a luxury item with bragging rights.

The 11,000ha (hectares) of the Côte d’Or are divided into 27 communes, varying in size from about 100ha to 300ha (see map, above). They include 375 premiers crus and 32 grands crus, mainly less than 10ha each. The several hundred different descriptions of Côte d’Or land form a steep pyramid, steadily narrowing from the base of two thirds of regional ACs (like Bourgogne) to the 1% of grands crus at the peak.

The general validity of the hierarchy is well supported by the market. The order for red wines by price effectively descends from grands crus to premiers crus to village wines. The top 20 appellations fall into four price groups. Romanée-Conti is way ahead of all others, followed by La Tâche, Musigny and Richebourg. The third group is dominated by various grands crus in Gevrey-Chambertin, led by Le Chambertin and Clos de Bèze.

There isn’t complete consistency: two premiers crus make the top 20 and should be promoted in any new classification. Les Amoureuses in Chambolle-Musigny makes the third group, and Clos-St-Jacques in Gevrey-Chambertin squeezes into the fourth group.

Two grands crus fall down the list and should be demoted. Clos Vougeot is a single grand cru only because it originated as a single vineyard; the clos extends all the way from the top of the slope to the N74 road at the foot, and it’s well recognised that only the area in the middle is really of grand cru quality.

This explains Clos Vougeot’s position just below the other grands crus. The other case is Corton, nominally a huge grand cru running round the hill, but divided into a series of lieu-dits, which have varied reputations on the market occupying positions between 32 and 70 in the top 100 list, interspersed with premiers crus.

What about the villages? Vosne-Romanée is the top-rated for communal wines, just as its grands crus lead the list of ACs. It is followed by Chambolle-Musigny, Gevrey-Chambertin and Morey-St-Denis, so the Côte de Nuits dominates village wines as it does the crus. Beaune falls to the end of the list of major villages, reflecting its large size and variability.

Most of the discrepancies between price and position in the appellation hierarchy follow from the historical origins of the appellations, which often followed administrative boundaries rather than the lie of the land. That said, if Burgundy appellations were reclassified today on price basis, the results wouldn’t be very different from the existing order. There has been far less change than in Bordeaux.

All in the name

The implications of the different systems in Bordeaux and Burgundy go far beyond whether wine is classified by price or by terroir. Whereas a Bordeaux château is a brand name allowing the producer to use any land in the appellation, a Burgundy producer divides his production according to the classification of each individual vineyard parcel.

This is part of the reason for the smaller scale of production in Burgundy. But in the end, whether it’s Bordeaux or Burgundy, it’s the name of the producer you look for first. The appellation or other classification is ancillary information that may be helpful in indicating style: Left Bank versus Right Bank in Bordeaux, Côte de Nuits versus Côte de Beaune in Burgundy.

The advantage of a terroir-based classification is that price differences between different producers’ wines in the same appellation tell you what the market thinks of each producer, just as price differences between ascending levels of the appellation hierarchy usually relate to an increase in quality. If there’s one deficiency in Burgundy’s classification, it’s the broad range of quality among the premiers crus: consumers would benefit if these were divided into two groups, and those at the bottom dropped off the list.

So is this hierarchy of terroirs immutable? Wine has changed almost unrecognisably since 1855, but the main criterion for assessing quality relates to the fact that grapes were usually planted at their northern limits for ripening, so achieving ripeness became all important.

Those plots ripening reliably, that is, even in the poorer vintages, were valued more highly. In the Côte d’Or, that really gives the prize to the vineyards in the middle of the slope. But will this still be true in the era of global warming or will some of those plots ripen too quickly to yield the highest quality wine? 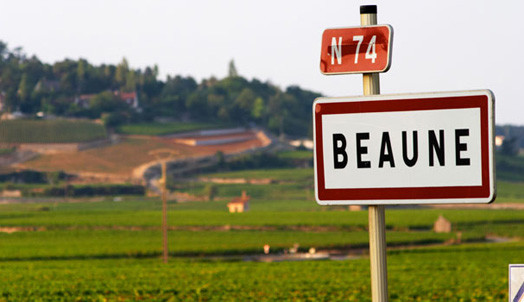