Few people outside of China could claim to have heard of Ningxia wine 10 years ago, but investment in vineyards and winemaking mean the Chinese region has spearheaded a new wave of quality producers.

There was more evidence of this after two-and-a-half days of judging at the 2015 Decanter Asia Wine Awards in Hong Kong, where Ningxia Cabernet Sauvignon wines had scooped two gold medals.

One of the more unusual Chinese wines to win a medal at Dawa 2015 was a Cabernet Franc rose wine, which got a silver following some intense discussion between judges on the panel.

Among the other styles of Chinese wine to win medals by Thursday morning were a sparkling wine, which got a bronze, and a Ningxia Chardonnay.

Names of the Chinese winners will not be released until the first week of October on DecanterChina.com.

GUO Ying, a DAWA 2015 judge and senior sommelier at the Four Seasons Hotel in Pudong, Shanghai, told DecanterChina.com that she thought the quality of Chinese wines had risen noticeably in recent years.

'There are more and more Chinese producers with a focus on quality,' said professor LI Demei, who is a vice-chair at the awards but did not judge any Chinese wines so as to avoid a conflict of interest at estates he consults to. He said competitions like DAWA were important in helping Chinese wines to get greater recognition.

Around 40 wine experts are taking part in DAWA 2015 and the majority of them are Asian, including award winning Japanese sommelier Shinya Tasaki and writer CH'NG Poh Tiong, who are vice-chairs alongside LI Demei. 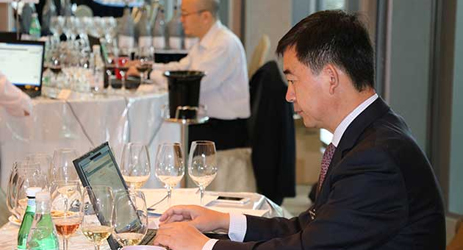