There is a strict hierarchy when it comes to releasing wines from the UK government's wine cellar and XI Jinping is likely to make the top rung. 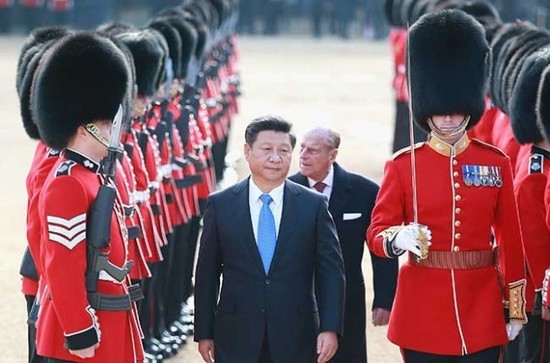 Image: Chinese president Xi Jinping gets a Royal welcome in the UK. Prince Philip is in the background © Chris Jackson / WPA Pool / Getty

Chinese president Xi Jinping was given a ceremonial welcome by the Queen on arriving in the UK this week and there will be a state banquet in the evening of 20 October. Ministers said they expect the visit to 'unlock' £30bn of commercial deals.

With such importance attached to Xi Jinping's visit, it seems probable that he will have been ranked as an A-lister by the UK government's corporate hospitality team.

The team, based beneath Lancaster House near Buckingham Palace, lists hundreds of official functions as befitting either A, B or C grade wines.

Standard reception wines are served at many government drinks events, so it seems likely that Chinese officials will be offered a taste of English wine during this week's visit.

Chapel Down's Bacchus is one of the house reception wines for official functions. Several English sparkling wines were also served to guests in the last tax year, show official records.

When it comes to a high powered dinner with Xi Jinping himself, government butlers may have dusted off rarer bottles in the cellar, which has an estimated value of around £3m.

Cultural factors, as well as food, will also play a role in the wines that are chosen.

‘One shouldn’t underestimate the importance overseas delegations attach to every detail,’ Robert Alexander OBE, head of government hospitality, told Decanter in an interview in 2013. ‘We veer towards using 1988s for Chinese delegations. The number eight is a symbol of good luck in China.’

China's love affair with fine Bordeaux and Burgundy is well documented, although both UK and China ministers will be conscious of not appearing too ostentatious at a time of economic uncertainty; not to mention the Chinese administration's much publicised clampdown on extravagant gift giving among its officials.

The UK Foreign Office could not be reached for comment on the wines to be served at official functions this week. 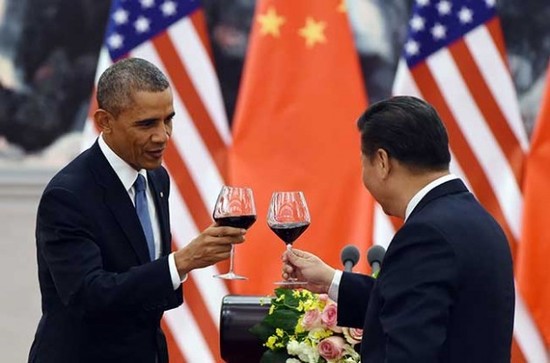 Xi Jinping was pictured with a glass of red wine during a recent state visit to the US, where he toasted host president Barack Obama.