Here's what the Trump team offered up for a bilateral dinner with Chinese president Xi Jinping – and it wasn’t a McDonald’s hamburger, as previously suggested.

Trump hosted China's Xi Jinping for talks in the US last week and held a dinner at which two California wines were served.

Trump himself has repeatedly said that he is tee-total, but wines on offer at the dinner were a Chalk Hill Chardonnay 2014 from Sonoma Coast and Girard Cabernet Sauvignon 2014 from Napa Valley, according to details given to members of the US press.

It was a fairly scaled-back menu. After a caesar salad to start, diners were chose between dry aged 'prime New York strip steak' and pan-seared Dover sole with 'champagne sauce'. Note the small 'c' on Champagne. There was a trio of sorbet or chocolate cake for dessert.

That's hardly the stuff of grand state dinners. However, it was more than Trump had in 2015 reportedly promised to serve Xi should he ever get the chance to host him as president of the US.

'I would get him a McDonald's hamburger,' presidential hopeful Trump was quoted as telling conservative pundit Bill O'Reilly's 'The O'Reilly Factor'. 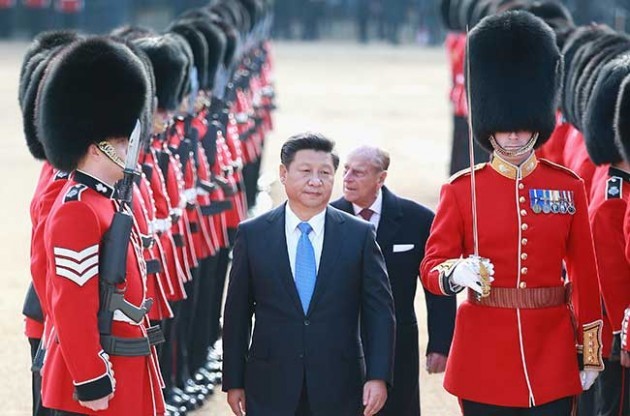