Silver Heights – the family-owned vineyard that is regularly feted for producing the most consistently excellent wine in China – is building a new winery that will ultimately boost production to 200,000 bottles. Currently Silver Heights produces 50,000 bottles a year, but there is no further room to expand at the current family-owned premises, close to Yinchuan, the capital of dirt-poor Ningxia province. French trained winemaker Emma Gao, who runs the boutique operation with the help of her family, and French husband, Thierry Courtade, has already earmarked a site for the new winery, with building work due to start shortly.

Gao estimates that the facility will take two years to construct and, when finished, be capable of producing 200,000 bottles a year. But Gao is insistent that quality is more important than quantity, a commitment that has earned her respect among oenophiles at home and abroad.

The 2013 vintage will be around 50,000 bottles, split between the Summit, which is made from grapes grown on slate-like stone, which features some clay, and the Family Reserve, with grapes sourced from vines close to a river, where the ground is stonier. Both are blends of Cabernet Sauvignon, Cabernet Franc and Cabernet Germischt grapes.

There will also be limited amounts of a new wine, Emma’s Reserve, a Cabernet Sauvignon that has been barrel-aged for 24 months. Just 500 magnum bottles will be released.

Silver Heights has trouble meeting demand. Regular orders come from the local government, which takes great pride in having a world-class winery in the province, and top hotels and restaurants throughout China. Silver Heights wines feature on the cartes of the Temple Restaurant Beijing, and the five-star Park Hyatt properties in Beijing and Shanghai.

The long-term prospects look bright. As well as investment in new equipment, Gao can also call on the expertise of husband Thierry Courtade, who was the wine-maker at Chateau Calon Segur in Bordeaux before moving to Ningxia. “My father has already planted vines in the new vineyard – Cabernet Sauvignon, Merlot and Marselan,” says Gao. “In two years we will finish the winery construction and then we will expand little by little as they are young vines. We have reached our limit for now at 50,000 bottles. Voila, that is it!” 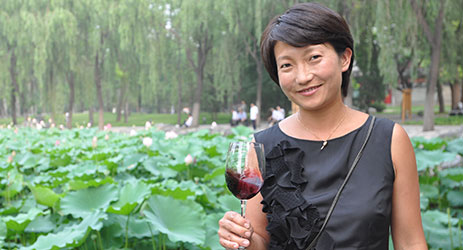 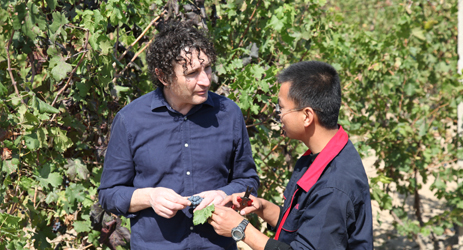