The organisers of ProWine China have increased the show's exhibition space by 50% for 2014, suggesting foreign wine firms remain optimistic about the country's potential.

Strong demand for stand space at the trade-only show has persuaded organisers to expand into a second exhibition hall for 2014, following what was widely regarded as a successful debut in November last year.

The news suggests that foreign wine producers are still keen to promote themselves in China, in spite of a decline in imports over the past year.

Held in Shanghai, ProWine China also has the advantage of being the sister show of Prowein in Dusseldorf, Germany, which has become a key trade show in the wine industry calendar in recent years.

For 2014, French producers are again set to take up the largest amount of space at ProWine China - around 800 square metres - according to the show's two organisers, Messe Dusseldorf and China International Exhibitions Ltd. 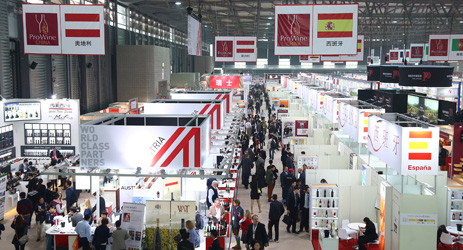 The importance of wine exhibitions