Australia’s resource boom may be drawing to a close, but there is no stopping the deep-cast mining of wine statistics and data at the University of Adelaide’s Wine Economics Research Centre under its energetic Executive Director, Professor Kym Anderson. I have written about Kym Anderson’s work twice before (in July 2011 and December 2013); I’m doing so again today because he has completed a new e-book tracking Australia’s wine history through five separate booms of its own, before analysing Australia’s position in the current global wine conjuncture. Once again, this book is completely free to download either in part or in whole, using this initial link. No student of wine should be unaware of Anderson’s work and the resource it constitutes.

I can provide a taste of what’s in the book, but the detail is in the downloads, beginning with state-by-state plantings in 1843 and concluding with prolifically detailed, current region-by-region analyses. There’s also an appendix containing some fascinating macro-economic data. We may see wine as a key Australian export, but even at its moment of peak importance as a percentage of Australia’s total merchandise exports (between 2003 and 2006), it only once exceeded woollen exports in value, and never came close to matching the export value of Australia’s gold, let alone the rest of its agricultural and mineral goods.

If there is an overall message to the book, it is that the pulses of wine production in Australia are intimately linked to other economic phenomena. That, of course, includes domestic population growth and prosperity (Australia’s first wine boom, between 1855 and 1871, was fuelled by the Victorian gold rush; and the 50 per cent increase in domestic wine consumption in the 1960s was due in part to the arrival of migrants from Mediterranean Europe). But political factors (taxation and tariffs) and exchange rates have been vital, too. As Anderson points out, the weakness of the Australian dollar fuelled the astonishing rise in Australia’s wine exports between 1991 and 2004 – and its strength has been no less significant in choking them off since then.

Climate change, Anderson suggests, is also ‘likely to be a bigger challenge for Australia than for many other wine-producing countries’, principally because such a large percentage of Australia’s wine grapes are irrigation-dependent, and produced within a single river basin where the competition (from urban centres as well as rival agricultural activities) for what may well be dwindling water resources is intense. 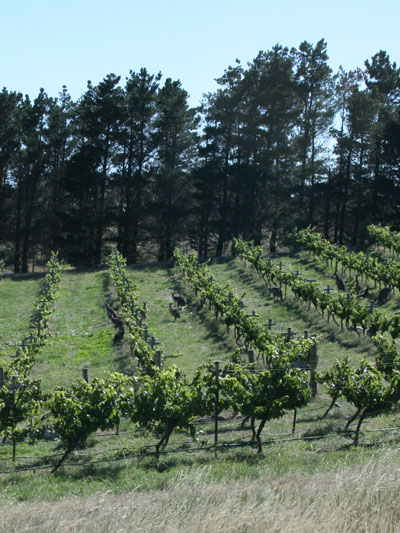 One surprise of the data is that there has not been more dramatic ‘disinvestment’ in Australian wine production despite the recent downturn (‘the volume of winegrape production has not diminished over the past ten years despite the halving of the average winegrape price’). More than half of Australia’s wine producers have not even covered their costs since 2012. That so few producers have given up, Anderson suggests, is due to the fact that wine production requires major investment in assets that have no other use – so producers are toughing it out, hoping that things will improve. Many, too, subsidise wine production with other, more profitable activities for ‘lifestyle’ reasons. This situation, though, cannot last forever.

Another puzzle, and another possible handicap for Australia, is that its varietal mix is both very similar to that of the rest of the world (which in effect means that it mimics the French varietal mix), and also varies little between regions. ‘Whether that is a good thing commercially,’ Anderson observes, ‘is unclear... Do Australian producers benefit enough by emulating France’s varietal mix to offset any economic downsides, for example from being less differentiated from the world mix, or from growing varieties that may be less than ideal for the terroir of Australia’s various regions?’ This is a key question. Personally, I believe that Australia urgently needs more varietal diversity, especially in its warmer regions. Any fine-wine producer harvesting any variety which cannot be vinified without adjustment needs to think seriously about the long-term future of that variety in that place. The expression of regionality, too, will always be muted if every region struggles to assert its identity with the same half-dozen French varieties.

Anderson finds reasons to be cautiously optimistic for Australia’s future, in that prospects (shared, of course, with the world’s other wine exporters) in Asia and in the USA look encouraging, and since there is a growing realization in Australia that upmarket is the only way to go. Australia already is and will be increasingly disadvantaged by comparison to Chile, Argentina and South Africa as a low-cost producer whereas, Anderson suggests, its R&D tradition and the wine culture of its family-owned producers position it favourably for fine-wine production.

Aesthetics is beyond the remit of an economic overview, but for me Australia’s biggest challenge is aesthetic. The wines it makes from far-flung, wild and remote places do not at present taste far-flung, wild and remote but neighbourly, sometimes excessively so, no matter how skillfully crafted they may be. A number of trends are combining to reverse that, including new variety plantings, an increased appreciation of imported wines by Australian consumers, and Australia’s non-interventionist and natural-wine movement. The strength of Australia’s wine culture will ensure its core survival whatever happens, but it is through increasing diversity of all sorts, I suspect, that the most enduring growth will come. 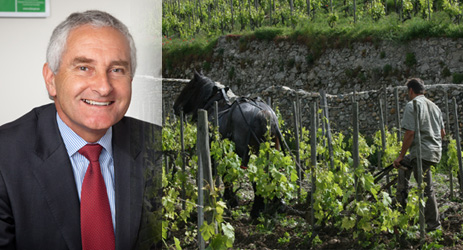