They're at it now. At any moment during the earth's daily rotation, and on every day of the 365 our planet takes to circumnavigate the sun, someone, somewhere, will be working in a vineyard. In often lonely but always (I'd argue) noble anonymity, the vineyard worker will be patiently seeing to the needs of one of 2,019 grape varieties, in one of 521 regions, in one of 44 countries.

Curious precision? Indeed. The ferociously energetic Professor Kym Anderson of the University of Adelaide's Wine Economics Centre has been burrowing and compiling again. Long-term followers of this weekly bulletin may remember that I last wrote about Kym's work back on July 4th 2011, but he's been far from idle since. A little later this month, he and co-researcher Nanda Aryal unleash their latest statistical barrage. Prepare your hard drives.

This new database charts exactly what varieties are grown in which regions around the world. Since the data sets are based on two broad census periods, in 2000 and 2010, readers can also follow major planting trends around the world during the first decade of this new century. This colossal trawl makes it the perfect complement to last year's publication of Wine Grapes by the doughty Robinson, Harding and Vouillamoz. The list price of that book is £120; downloading 'Which Winegrape Varieties are Grown Where? A global empirical picture' is free. Just click this link from the book's publication date, expected to be December 20th. If you are prepared to wrestle with the raw spreadsheet, it's already available here.

As Anderson makes clear, the work of the Wine Grapes trio has been immensely useful to his own statistical compendium, not least because its DNA analyses enable the 2019 varieties to be sorted into 1271 'primes' and 748 synonyms. The authors claim to track 99 per cent of all world winegrape production in this new work.

In a world whose overall vineyard area continues to shrink (down six per cent in the first decade of our century, following a drop of eight per cent in the previous decade), the plantings of the major varieties are steadily growing more dominant. Some 21 varieties accounted for half the world's plantings in 2000; by 2010, that total had dropped to 15 varieties.

The share of the top 35 global varieties rose from 59 per cent of plantings in 2000 to 66 per cent in 2010. Unsurprisingly, of course, this 'varietal concentration' is most apparent in New World countries, where the top seven varieties account for over half of all plantings; in the Old World, you have to get to amass a portfolio of 17 varieties before the half-way point is passed.

Is this depressing news? I would once have concluded as much. Now I suspect that this shrinkage doesn't, as I once feared, mean a small, endlessly duplicated set of tight little varietal characteristics, but rather the greater use of a set of high-quality instruments for giving different terroirs and wine cultures a voice (*See column Of Jellyfish and Guardsmen). Better an instrument with a wide register than one which always sounds like a penny whistle. Varietal experiment among high-quality producers, in any case, would have to turn into full-blooded revolution based on comprehensive replanting programmes before it began to show up in the stats.

The biggest exceptions to the global vineyard shrinkage are in New Zealand, where plantings increased by 220 per cent in the first decade of the C21 (albeit from a low base of under 10,000 ha), and in the USA, where a 30 per cent rise means a very solid extra 52,255 ha.

Varieties of French origin remain the most desirable, globally speaking: by 2010, these occupied 36% of all vineyards compared to 26 per cent in 2000, and the varietal mix of both Chile and New Zealand, for example, is over 90 per cent French in origin (whereas the total for France itself is just 60 per cent; Garnacha, remember, began life in Spain).

The top four global varieties are (in descending order of planting) Cabernet Sauvignon, Merlot, the fast-rising Tempranillo and Chardonnay. Syrah comes fifth, with a doubling of world importance between 2000 and 2010. The main loser grapes are Airén (lamented only by Spanish brandy drinkers), Garnacha, Trebbiano and Sultaniye (Thompson Seedless). Another striking swing is the move away from white varieties: 49 per cent of the world's vineyard area was occupied by red varieties in 2000, but 55 per cent in 2010, helped by the rosé boom. It's difficult to extract statistics from China, but one worth noting is that 96% of China's vineyards seem to be planted with varieties with black skins.

There is, of course, much more in this magnificently arrayed and dauntingly comprehensive hoard of data. Its open access should be a source of wonder and gratitude. 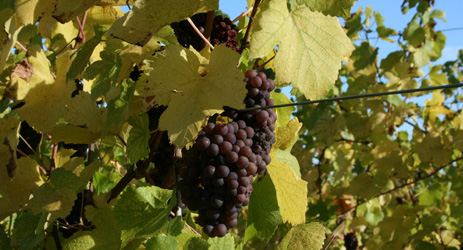 Of jellyfish and guardsmen 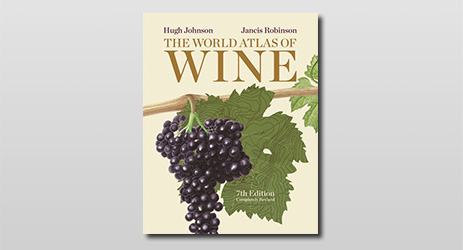