China may be importing fewer bottles of top Bordeaux, but its wealthy individuals were among the most prominent buyers of rare Burgundy wines at a recent Sotheby's auction in London.

Fine wine lovers across Asia spent last Wednesday evening (22 October) logged in to a Sotheby's sale dominated by Henri Jayer wines halfway across the world, in the hope of adding to their cellar collections.

The auction house does not give country specific figures, but it told DecanterChina.com that 37% of buyers in last week's auction were based in Asia.

That compares to 34% in its September London sale and emphasises the willingness of Asian buyers to venture beyond Hong Kong in search of deals, aided by the major auction houses offering online bidding.

It is also more evidence that the Chinese government's austerity measures have not wholly stifled fine wine demand in the country, even if recent figures showed Bordeaux wine exports to China plunged by 25% in the year to August.

‘There's still an awful lot of wealthy individuals in China and there's still a lot of wine going out there,’ Justin Gibb, of Liv-ex, the London-based fine wine trading platform, said earlier this month.

Experts believe it is the rarity of certain wines from Burgundy's top estates that has resonated particularly well with Asian collectors. 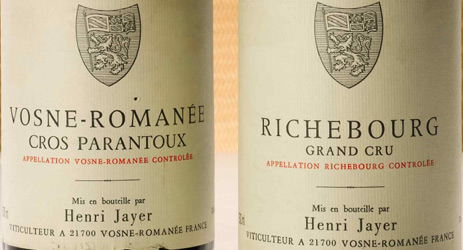