Powered by a strong increase of Australian wine imports in both value and volume, Chinese bottled wine imports has shown moderate signs of recovery during the first six month of 2015, according to custom figures.

During the first half of 2015, 143m litres of bottled wines were imported into China, which accounted for $655m, showing 7.5% and 1.9% year-on-year increase respectively, with the average price dropped by 5.2%.

Benefit from the China-Australia Free Trade Agreement (ChAFTA) which was signed last month, Australian bottled wines showed a strong 50.8% increase in value and 20.5% increase in volume, with the average price raising by 25.2%.

The strong increase in Australian wine imports were the key reason behind the initial recovery of China’s imported wine market, said officials.

Based on the new trade agreement, China has started to reduce the import tariffs on Australian wines from this year and will eventually abolish the tariff in 2019. Many believe the move will place Australian wines in a stronger position in the Chinese market than its old world peers.

France remained as the top source of imported bottled wines in China, accounting for 58m litres in volume, up by 3.2% than 2014. The import value, however, has decreased by 8% to reach $259m, with the average price dropping by 10.8%.

26.5% more bottled Spanish wines were imported into China, though the average price has dropped by 27.4% than 2014.

South African wines, however, demonstrated a significant 91% increase in volume to hit 4m litres, and a 104.9% jump in value, fetching $17m. The move is evident to Chinese consumers’ increased interest in exploring the ‘less conventional’ wine regions, as shown by the recent Wine Intelligence research.

Led by Chilean wines, bulk wine imports has raised by 41.7% in volume but a merely 9% increase in value, meaning that the average price has dropped by 22.8% during the first six months of 2015. 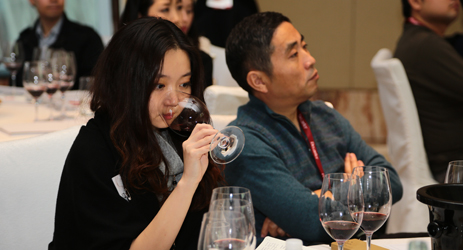