One of China’s biggest online liquor retailers, Jiuxian, is set to boost its imported wine business in 2016 due to ‘increased demand’ among Chinese consumers. 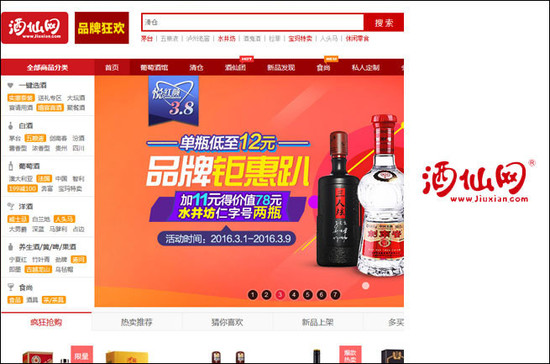 The retailer, which focuses the majority of its business on Baijiu (Chinese white spirit) announced last month that it intends to ‘stride into’ the imported wine business by directly purchasing wines from global producers. The amount of intended investment has not been disclosed.

‘We have decided to stride into the imported wine business this year, because we saw (Chinese) consumer’s demand for wines rising rapidly in the recent years,’ HAO Hongfeng, president of Jiuxian.com told DecanterChina.com.

The retailers’ intent is to import more ‘value for money’ wines directly from producers in France, Italy, the US and Australia in 2016, said the president.

The online retailer has reportedly signed cooperation deals with Jiaguwen, a Hangzhou-based company, recently to develop a tracking system for its products, aiming to secure the authenticity of its offerings.

Nearly 10,000 alcoholic beverages are being sold on Jiuxian.com at the moment. In 2015, 75% of the company’s sales revenue comes from Baijiu and 10% comes from red wines, said Hao.

The online retailer currently has subsidiaries and ‘operation centres’ in big cities including Shanghai, Guangzhou and Tianjin, said Hao. Once purchased online, consumers from 60 cities in China can expect to ‘receive the product by the next day’, and 200 cities can expect their purchase delivered in three days, according to the company.