2013 has begun with the death of one of the great, although unsung, names of Bordeaux wine: Bernard Donèche. Not an owner of any great Médoc chateau, nor the zillionth generation of a famous Bordeaux lineage, but an academic who preferred to remain in the background in a laboratory or classroom. Outside of Bordeaux academia, he barely made a ripple, but his standing was clear to the mourners who streamed across Place Martyrs de la Resistance and into the 12th century Saint Seurin basilica last Thursday, paying their last respects to a man who had cemented Bordeaux’s reputation as one of the leading research centres in the world.

Just 62, Donèche had not even taken official retirement from the Bordeaux Faculty of Oenology, which he had led since 2005, although ill-health had meant he stepped down from the post last November.

Donèche embodied the backbone behind Bordeaux wines, holding a post at the wine university that had been occupied in the past by some of the leading oenologists of the 20th century – Jean-Ribereau-Gayon, Yves Glories and Emile Peynaud – men who had revolutionised the way we make and understand wine in both the vineyard and cellar.

Bordeaux is a region that is often thought of as being a bastion of tradition, moribund against more dynamic regions of France such as the Languedoc, or the southern Rhone. So it can be easy to forget that this is one of the leading research centres in the world, alongside UC Davis in California and the University of Adelaide in Australia (and upcoming centres including Plumpton in England and the Institute for Wine Biotechnology in Stellenbosch, South Africa). A specialist in the biochemistry behind grape ripening, and the ‘noble rot’ that gives the sweet wines of Bordeaux their distinctive character, Donèche had authored and co-authored dozens of winemaking text books that are found in cellars from Saint Julien to Mendoza. He was instrumental in the opening of the Institute des Sciences de la Vigne et du Vin in 2009, an oenology university and research institute on the outskirts of Bordeaux that took 10 years and €25 million to build and is the largest wine centre of its kind in Europe.

So it seems fitting that this month also sees the launch of WorldSom, a new sommelier school from the Bordeaux Chamber of Commerce aimed at continual training of the world’s elite sommeliers. ‘We are looking at training those who have already qualified as sommeliers or master sommeliers,’ says Pierre Goguet, the president of the chamber of commerce, ‘helping them to prepare for international competitions, or simply honing their skills in an increasingly competitive and international world. It’s strange really, but up to now there has not been a sommelier training academy at this level anywhere in the world, and it seemed to make sense that we should create one here in Bordeaux, if we are to underline the fact that this is a world-class wine city.’

The school will be overseen by Pierre Paillardon, former head sommelier at Michelin-starred Cordeillan Bages hotel in Pauillac (owned by the Cazes family of Chateau Lynch Bages), and will offer a mix of teaching from leading sommeliers such as Gerard Basset and leading consultants and professors from around the globe, including those at the ISVV where Donèche had been teaching. The 12-member Teaching Committee includes three Best Sommeliers of the World, two Best Sommeliers of Europe, one Best Sommelier of France, two Professors of Oenology, and the Managing Director of the International Organisation of Vine and Wine. Students will have the chance to work in the cellars of the region’s best estates, and get practical experience of things from dosing yeast for alcoholic fermentation to steam-cleaning oak barrels to protect against microbial infections. ‘It will add a whole new level to their knowledge,’ says Paillardon. ‘Getting them hands-on knowledge of the world’s best wines, as well as tasting examples of bottles from the four corners of the globe, well away from just those of Bordeaux.’

The four levels of sommelier courses that begin this month will take place in another iconic Bordeaux landmark – the 18th century Chamber of Commerce building on Place de la Bourse that overlooks the River Garonne – and will range in price from €4000 for a four-week ‘Junior Sommelier’ course to €12,500 for a 10-week (plus four week work experience) course for the level of Magister Sommelier.

The Chamber of Commerce, housed in a limestone building like the St Seurin basilica, but this time designed several centuries later by King Louis XV’s favourite architect Ange-Jacques Gabriel, has played a key role in the creation of the fine wine market. It was here in the mid-19th century that the deliberations took place which led to the 1855 Médoc and Sauternes classification - the world’s first wine ranking system that still governs the priciest section of sommelier’s lists worldwide. Clearly the men behind these walls have lost none of their ambition. 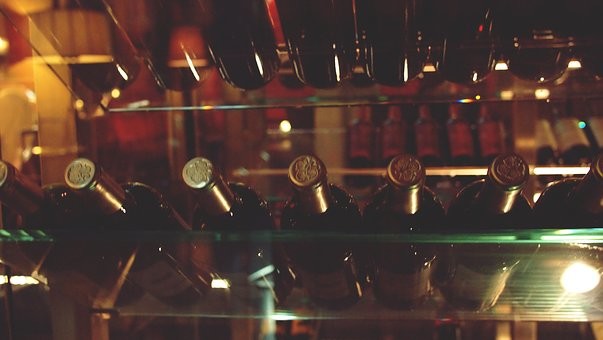