Ten years ago, the quays of Bordeaux were outcasts to the city proper. Buildings blackened from car exhausts and industrial waste, a line of warehouses blocking the view of the Garonne river that had nourished and supported the city for much of its 2,000 years. But 2002 saw the beginning of the renovations to the city centre, and one of the first things done to remove the snarl of cars from the riverfront was to build a tramway along the Garonne, with underground car parks at regular intervals along its banks.

Excavating the ground under the quays involved a full archaeological dig before a single tram track could be laid – this is after all a city that was home to Basque and Celt tribes long before the Romans arrived to found their flourishing port town of Burdigala, and over the centuries its riverside has berthed ships from all corners of the globe. The historic potential (today it is a UNESCO World Heritage Site) meant the excavations had to be carefully overseen by local archeologists.

Pierre Regaldo was responsible for the project when the painstaking excavation works uncovered elements of a medieval wine press, startlingly well-preserved in the river water. Found in the sub-strata of today’s Parking Jean Jaurès (below the smart pedestrianised cours du Chapeau Rouge) were six oak beams that formed parts of a wine press measuring at least 3.4 metres long. They had been placed in careful lines, jimmied up against each other to form a platform abutting a wooden quayside that dated from the 13th century. Both were then laid over with another quayside from the 16th century – meaning the wine press had to date from somewhere between the two.

‘Archaeologists are rag and bone men,’ says Regaldo cheerfully in his offices at Bordeaux’s governmental archaeology department. ‘We are essentially digging through other people’s discarded objects, and this wine press had most probably been taken apart after a number of years at a local wine estate, and found its way to the quayside, where it became a platform for people disembarking from boats at low tide.’

The initial carbon dating study suggested that the trees were cut down to make the pieces of the press some time between 1397 and 1408 – and likely started work as a press a few years later once the wood had dried out. The general condition of the structures, the presence of construction pegs and the work that would have been involved in getting the heavy pieces of oak to the riverside in the first place gives the impression that the elements were intended to be used for quite some time, hence its likely use as a steadying platform for boat passengers.

‘This is one of the rare (perhaps even the sole) remnants of a medieval wine press conserved in France,’ says Regaldo. ‘There is believed to be a 14th century wine press in Beaune, but I don’t know of any with such certain carbon dating as ours.’

‘What is really exciting,’ says professor Philippe Roudié, author of several books on medieval history and a lecturer at Bordeaux university, ‘was the presence of grape pips around the site. We are pretty sure there were dozens, as many as 50, different grape varieties planted and used at the time in Bordeaux, but if we can DNA-test these pips, and find out what variety they are, we could get a far better understanding of medieval winemaking, and the evolution of grape plantings in the region.’

Grape pips were found everywhere during the excavation works. Not just from the 14th and 15th centuries – although that was the bulk – but also from as far back as the 1st century BC. The idea of doing DNA testing and establishing the evolution of Bordeaux winemaking from just before the arrival of the Romans right until the 18th century is tantalisingly close. So why have things moved so slowly over the past decade?

For a start, extracting the press was a dangerous task. The water, which had preserved the timber for so long, quickly became a threat once in contact with oxygen, and the rot threatened to dissolve the entire structure. To preserve it, the beams were taken to Grenoble in eastern France, where they were injected with a special resin that effectively replaced the water and held the structure together. Following this, the entire thing was shipped back to Bordeaux – where it remains, in boxes, in a storage lock-up, somewhere in the archives of the city’s Musée d’Aquitaine.

The pips similarly are being held in ‘cold storage’, this time with research institute INRA in Pessac, located just outside of Bordeaux city centre. And just as with the wine press, the archeological team is awaiting the budget to begin their study. They hope to have this together by 2014, but private investment would help move things forward.

‘We have to first of all discover if the DNA within the pips is even extractable, or if it has been too damaged by its time underwater,’ explains Regaldo. ‘And as this kind of work on grape pips of this age has never been done before, it will take time and specialist equipment. But the interest is clear. All that we currently know about Roman and Medieval winemaking is taken from texts written at the time, or extrapolated from secondary objects that we have found at digs, such as amphoras or drinking vessels. But this is something physical and direct, and could transform our understanding of wine making from the earliest years of the modern era. The wait is frustrating.’ 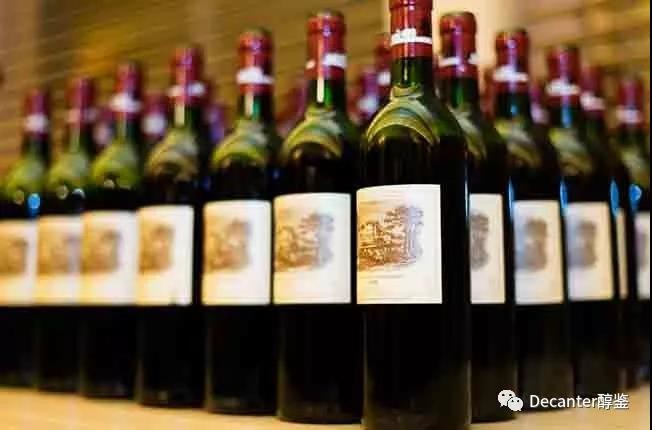 Blue moon on the left bank