As you read this, the vine-pruners of the northern hemisphere will be finishing their lonely winter’s work. The sap will soon rise and the pruning cuts weep – and a new year will be underway. What horrors await for 2018?

Apologies for the phrasing, but 2017 must be regarded as one of the most disaster-strewn years the wine world has endured since the onset of phylloxera. It would be imprudent not to prepare for more of the same. Or worse.

Savage April frosts, the typically random depredations of hail, and fierce summer heat gave both France and Italy their smallest crop for more than 50 years in 2017, with Spain barely faring better. Around half the world’s wine comes from these three nations. Their shortages also followed poor 2016 harvests for both Chile and Argentina.

Last year began with wildfires in some of Chile’s oldest vineyards, and in parts of South Africa’s winelands, too. Wildfire struck Portugal in June, and it then sprinted no less terrifyingly through northern California’s wine heartland in early October, before returning to Portugal and northern Spain in mid-October, and to southern California in December.

The 2017 fire death toll in these three countries exceeded 150, a figure approaching the fatalities exacted by fire on Australia’s Black Saturday in February 2009.You might regard all of these events as isolated incidents, and consider 2017 an unlucky year.

I’m not so sure. As I wrote in a blog on Decanter.com on 15 May last year (‘Big frost is back – but why?’), the April 2017 frosts may have been due to a disorderly polar vortex, caused in turn by warming oceans. Such frosts may therefore become a regular feature of European springs of the future, at a time when milder winters provoke ever earlier budburst. This would be a catastrophic combination for wine-growers.

Drier, hotter summers for large wine-growing regions seem certain (2016 is at present the warmest year on record, with 2017 likely in either second or third place), and will be a feature of decades to come. Vines will struggle with drought and with problems associated with heat-damage. The overall warming trend may mean that growers need to replant with later-ripening varieties or drought-resistant rootstocks – or, where possible, move vineyards to higher altitudes.

The ever-present fire risk in landscapes with woody shrubland like garrigue – typical of the Mediterranean climate zones where most of the world’s vineyards are found – is already acute, as 2017 has comprehensively proved.

Warming oceans, too, provide fuel for hurricanes and other extreme weather events (including hail storms in continental climate zones). The October 2017 fires in Spain and Portugal were in part caused by the remnant winds of hurricane Ophelia.

Human-influenced climate change drives much of this, but there are other worrying developments too, assignable not so much to climate change as to human population pressure. The global population was 1 billion in the early 1800s; it reached 7 billion in 2012, and is predicted to peak at around 9.5 billion later this century.

Every living human today impinges on the environment in a way that was inconceivable in 1800. One consequence is that 58% of the world’s animal life has been lost between 1970 and 2012, while some 75% of flying insects in one European country (Germany) disappeared between 1990 and 2017.

Statistics of this sort are horrific enough to defy belief, yet they spring from credible scientific studies. The threat to the food web on which all human life depends is evident.

Wine stands at the apex of agriculture, in that the most expensive plots of agricultural land are constituted by the world’s top vineyards, and the wines made from them represent the world’s most sought-after agricultural products. The tiniest nuances in the quality or quantity of the wine-grape crop consequently receive clamorous media attention.

Wine is not a staple – but it matters enough to us for events like those of 2017 to hammer a warning bell: we must mitigate our effect on the environment. If you care, act.

This article first appeared in the March 2018 issue of Decanter magazine. 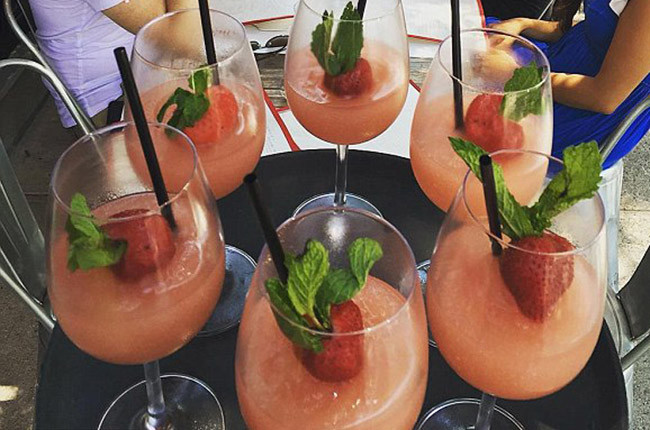