Has Ukraine lost its most significant wine-producing region? Quite possibly.

Under Ukrainian law, of course, the March 16th referendum and its result are illegal; the result will not be recognized internationally; sanctions will follow. Russia, though, is in control of the peninsula. Since no party wishes to see armed conflict there, it is hard to envision the Crimea making a swift return to the Ukrainian fold, no matter how fervently its Ukrainian and Tatar minorities might wish for this. There are many regions of the world where international recognition (or restitution) of re-assigned borders is a diplomatic nicety which must wait decades for resolution. Every superpower behaves with expedience and hypocrisy in these matters.

The situation in the Crimea, in fact, is an unusually complicated one, as I discovered last week in attempting to assess the feelings of local growers, as well as discuss Crimea with fellow wine journalists in both Kiev and Moscow. 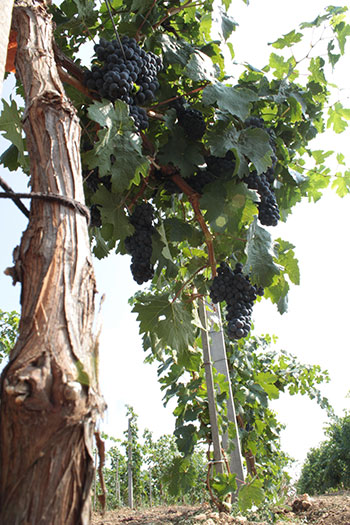 The customary historical accounts of winemaking in the Crimea stress the key role played by wealthy Russian aristocrats in the nineteenth century, following the region’s accession to the Russian Empire under Catherine the Great in 1783; the region’s emblematic winery, Massandra, was built under the impetus of the final Russian Tsar, Nicholas II. Winemaking in the southern coastal strip of the Crimea, though, is much older than that – certainly datable back to the Greek settlers of Chersonesos Taurica (Sebastopol) in the 6th century BC, with wine amphorae found near Inkerman being earlier still. Winemaking here continued in the Byzantine period, and the Genoese both grew and distilled wine here in the Middle Ages; it even prospered in relaxed Ottoman times. Rulers came and went; wine endured.

The 1853-56 Crimean War was essentially a superpower squabble played out on the hapless peninsula’s territory, and the Crimea’s strategic significance led to it being much tussled over in the twentieth century, too, resulting in two famines in the inter-war years, German occupation in World War Two, and the ethnic cleansing of Crimean Tatars in the early Soviet period. Its passage from the Russian SFSR to the Ukrainian SSR in 1954 came, significantly, when the General Secretary of the Communist Party, Nikita Khrushchev, was a politician with Ukrainian roots. It was a gesture to mark the 300th anniversary of the Treaty of Pereyaslav. Subsequent Ukrainian independence, of course, was not part of the script back then, and it is entirely possible that Moscow now views that ‘gift’ as more of a loan. The chaotic ousting of President Yanukovych provided the perfect opportunity to grab the loan back.

Fellow wine-writers in Kiev such as Olga Markovets, Deputy Editor-in-Chief of Drinks+ magazine, are very proud of the Crimea, and regard it as ‘the cradle of Ukrainian winemaking’. I also contacted Dmitry Merezhko, the publisher of Simple Wine News in Moscow, and asked how Russian readers and friends viewed recent events. ‘There’s the same split that we have in the whole of Russian society,’ he told me. ‘I personally know people who were at the severely dispersed meeting near the Defence Ministry [a March 4th demonstration against President Putin’s actions in the Crimea], as well as those who are celebrating a new Russian winemaking region.’

Existing economic interests in the Crimea are, likewise, deeply split. Many of the older enterprises and institutions (like the Sevastopol Winery or Noviy Svet) are owned by the Ukrainian state, but private enterprises often have Russian shareholders. The Russian wine trading company Legendy Kryma (Legends of Crimea) presented a major investment project to the Crimean government shortly before the recent crisis. ‘Among the new wineries and vineyards,’ says Tetyana Bolshakova, a Crimean wine enthusiast, ‘I would say more than half belong to Russian people. If Russia comes here, I do not see any problems for them. Under Ukraine, it would totally depend on the new government and how wise they are going to be.’ 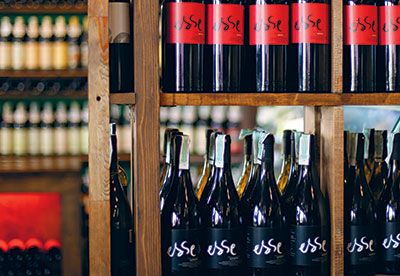 I contacted leading local growers Igor Samsonov of the 49-ha Esse and Pavel Shvets of the 10.5-ha biodynamic domain Uppa, both sited near Sevastopol. Each stressed that life for small Crimean winegrowers wasn’t easy under Ukrainian administration – it was hard to buy agricultural land, and they were beset with regulations meaning, Igor says, ‘high corruption and bribes’. Worst of all, though, was that the wholesale licence required to sell wine costs 50,000€ a year. ‘Yes: 50,000 euros,’ said Pavel. ‘And every winemaker who wants to sell bottled wine in the restaurants and shops of Ukraine has to have it. This doesn’t contribute to the creation of a competitive environment, and it makes it impossible for many small producers to get going.’

They also both pointed out that Russia was a much more important market for Crimean producers than continental Ukraine itself. ‘I’ve toured many cities in both Russia and Ukraine,’ said Pavel, ‘and there’s a big difference. The Russian market is much richer and more diverse, and the wine consumers there are more knowledgeable. Crimean wine is special there. Kiev and Odessa are lovely cities with lovely people, but a lot of wine is made in other parts of Ukraine and so our wine doesn’t seem so special in those places.’ Tetyana, Igor and Pavel all stressed that the local market was potentially the most important of all – providing tourism could continue to flourish there. ‘The present situation kills it,’ said Tetyana. ‘We don’t have much time.’

‘Wine, like money, likes silence,’ summarized Igor. ‘Any big political or economic upheavals are not good for business. But our business is connected with the land. So whatever happens we are going to stay and to make wine here in Crimea, and in the long run we hope that our wine will be welcomed both by the new Ukraine and by Russia.’ ‘Time will put everything in its place,’ agreed Pavel. ‘The main thing is that we keep everything peaceful and no one else gets hurt. The worst thing is anarchy and chaos. We are nervous and concerned right now, but we have other things to think about – the sap is rising in the vines. Nature is also a confrontation between the strong and the weak, and about the balance between the two. Like every winemaker every spring, I just hope that this year brings the chance to make a great wine. And to have fair conditions to sell it.’