In six months and five days, Britain will leave the European Union: a black and dismal day for half the British population. Many Remainers (and ‘Regrexiters’ – those who voted to leave but now regret doing so) hope that the moment can still be postponed or averted; many will be working to ensure that demographics prevail, meaning that the decision will eventually be reversed. Negotiations are at a critical phase at present and, though few realise it, wine, food and whisky lie at the very heart of what is being discussed.

Two main sticking points have emerged in the discussions: the famous one and the obscure one.

The famous one is the question of the Irish border. Everyone can understand what is at stake: whether or not this future EU border becomes a physical one. The notion that this would be unproblematic illustrates the fantasy thinking of the Leave campaign and its (minority) supporters in Northern Ireland. Its ramifications are widely reported in the mainstream media.

The obscure one, widely unreported in the mainstream media, centres around the question of mutual recognition of Protected Designations of Origin (PDOs) and Protected Geographical Indications (PGIs) – or what most wine lovers know in general terms as ‘appellations’.

When I first drafted a Decanter magazine column about this in March, it almost seemed like a joke: surely Britain wasn’t really thinking of reneging on its legal protection for European food and drink appellations? Now we know differently. Britain is indeed thinking of reneging on these agreements. The government white paper on plans for Brexit published in July went no further than the weedy commitment to protect UK designations within the UK. This barely even qualified as a gesture.

Why might Britain wish to abandon protection of names like Champagne, Camembert and Cognac? The short answer is because, once it leaves the protective embrace of the EU’s powerful trading bloc, it will become a weakling and a suppliant in international trade negotiations. It will be desperate to strike other trade deals as quickly as possible (though every trade deal takes years). This has been presented as a glorious opportunity by Brexiteers; it’s more likely to be a drawn-out struggle to maintain British prosperity and living standards.

Britain’s top priority in striking these trade deals is likely to be with the ‘Anglosphere’: the USA, Canada, Australia and New Zealand. But if the UK continues to accept recognition of place-name recognition in the way that it has as an EU member, such trade deals may be difficult or impossible to strike. The USA, in particular, will pressure the UK to accept what it regards as ‘generic’ terms for US-produced food items.

Here’s the key phrasing. “The United States,” says the country’s Patent and Trademark Office, “does not protect geographic terms or signs that are generic for goods/services. A geographic term or sign is considered ‘generic’ when it is so widely used that consumers view it as designating a category of all of the goods/services of the same type, rather than as a geographic origin.”

You can buy American ‘feta’ and ‘parmesan’ in the USA; you can buy Australian ‘camembert’ in Australia. After tortuous negotiation and trade-offs, there is now protection for names like Champagne and Cognac (though ‘grandfathering’ exceptions for existing labels mean that the protection for Champagne is not complete in the USA). You don’t, though, need to have the mind of a Supreme Court judge to see that the distinction between a generic and a geographical term is often no more than a subjective or a cultural interpretation, subject to political whim or to the exigencies of a trade negotiation.

‘Parmesan’ is simply the anglicisation of ‘Parmegiano’; ‘camembert’, meanwhile, merely drops its initial capital letter to become generic. Both names clearly refer to geographical origin, and the ingredients and quality standards these imply. ‘Feta’ may not be a place name as such, but even a cursory examination of the history of this Greek word (meaning ‘slice’) to describe a particular Greek cheese made from sheep and goat milk in specific Greek regions using traditional techniques shows that, if it is to have any qualitative significance for consumers, it must be regarded as a geographical indication and not a generic term. The macabre confections sold as ‘cheddar’ in Anglosphere countries illustrate the disastrous consequences of failing to protect place names and their equivalents. This was once true of unprotected wine names, as older readers may recall.

Britain has been an enormous beneficiary of European place-name legislation, so the attempt to ditch it looks like a typical Brexit act of self-harm. If you exclude wines and spirits, Britain has the second highest number of agri-food protected GIs within the EU (69: 25 PDOs, 40 PGIs and four TSGs), exceeded only by Germany’s total. British craft producers loved the system. The export significance of GI-protected Scotch Whisky is colossal (£4.36 billion in exports in 2017). In theory, GIs are protected as ‘intellectual property’ under WTO rules — but the American and Australian examples show that members can pick and choose as they wish, by deciding that a particular name is ‘generic’. There’s nothing to stop a jolly post-Brexit government led by Boris Johnson deciding that ‘champagne’ or ‘prosecco’ are generic terms after all, and that Bulmers or Chapel Down can go ahead and produce both. In any case, not every nation is a member of the WTO: you can produce ‘Scotch whisky’ in Bhutan, for example.

The over-arching irony in all of this is that everyone benefits from the European model of PDOs and PGIs. Consumers benefit because they can trust the products they buy as being authentic. Producers of PDO and PGI products benefit because the financial increments which accrue to authenticity (estimated by the anxious Scottish Government as 2.23 times original value) help reward the care and effort which must go into the production of such items.

Above all, the producers of ‘generic’ imitations – such as American parmesan or Australian camembert – would benefit by being forced to stop using these names. There is much more long-term advantage to them as cheese producers in establishing their own quality credentials, their own regional uniqueness – and their own geographical names associated with these characteristics. Passing-off is always second best.

Production of American or Australian sparkling wine didn’t collapse because it could no longer be called ‘champagne’. On the contrary; it improved, and it helped refine the appeal of cool-climate locations like the Russian River Valley, the Anderson Valley or Tasmania. All of these names now have a qualitative significance for consumers.

It may be, of course, that Britain is affecting a reluctance to retain PDO and PGI legislation as a bargaining tool, and it will eventually agree to retain this legislation as part of any final agreement with the EU. We can but hope. 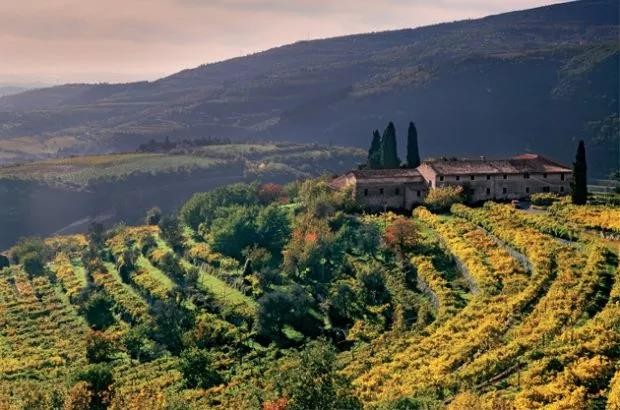 The changing styles of Valpolicella: Fresh vs dried grapes 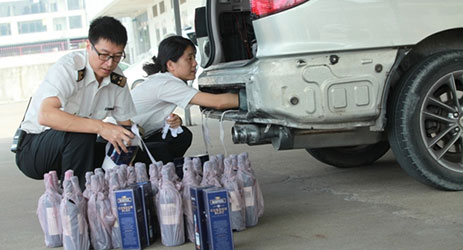