Bruno Baudry, the new CEO of ASC Fine Wines succeeding John Watkins, spoke to Decanterchina.com about his vision for appealing to a new generation of Chinese wine consumers, including opportunities for online sales.

Before joining ASC Fine Wines, Bruno Baudry spent 15 years working in Japan with the Castel Group and has developed a close relationship with Suntory, the current owner to ASC Fine Wines.

The new CEO believes this experience will be significant in China’s fine wine sector.

‘Suntory is very committed to developing its business activities in China, as well as finding all synergies possible between the two companies,’ he added.

Exploring a new consumer base

Fine wine importers in China are still suffering from the impact caused by the government austerity measures, and ASC is no exception.

‘We can see that the froth has come off the glass,’ when speaking of the fine wine market in China, former CEO John Watkins told DecanterChina.com in 2014.

Now three months in as the new CEO, Baudry saw the challenge and opportunities arisen from a ‘price-conscious’ younger group of consumers. ‘As the average price point of our portfolio is higher than these new consumers expect, we need to make some adjustments to our portfolio,’ said Baudry.

The plan was to introduce more value-for-money wines and wines of entry-level price (below RMB 100 to 200), as well as to promote wine culture in the second and third tier cities, so as to explore and nurture a new consumer base.

‘Once new consumers get used to drinking good value for money wines, they will eventually want to venture into more premium wines.’ But the new CEO stressed that the premium wine portfolio is still ‘in the DNA of our company’.

In recent years, overseas producers are actively building direct relationship with non-specialist distribution channels including China’s biggest online shopping sites Tmall.com and JD.com. Meanwhile, producers that have already established a presence in China, such as the Treasury group, are trying to handle part of their marketing activities in China themselves.

It seems now producers need much less the help of the ‘traditional’ importers to guide them into the market, but Baudry didn’t see the situation as a threat to ASC Fine Wines, which launched its business in China in 1996.

‘ASC alone cannot grow the wine category,’ he argued, ‘The more exposure wine gets as a category, the more consumers will be interested in wine and will eventually drink more wines.’

E-commerce is therefore considered as one of the most effective platforms to reach that goal. The Chinese government’s new ‘Internet Plus’ strategy, first mentioned by Premier LI Keqiang in the 2015 Government Work Report earlier this year, is widely expected to further fuel the expansion of e-commerce in China.

‘E-commerce plays a more dynamic role in the development of the wine market in China than in more mature markets,’ said Baudry. And E-commerce works in China because it has ‘broken down the geographic barriers of rapid market expansion and penetration in such a large country’, said Baudry.

Currently 11% of ASC’s total sales is achieved online, and its online sales during the first half of 2015 saw 60% growths compared to 2014. The company’s expecting to double its online sales figures in the next two to three years, according to the CEO.

‘China’s e-commerce has a large consumer base between the ages of 25 to 40 years old,’ concluded the new CEO, ‘therefore, e-commerce can also play the role of bringing millions of younger people to the world of wines, and help us sell our wines to the remotest corners of the country in the most cost efficient way. ’ 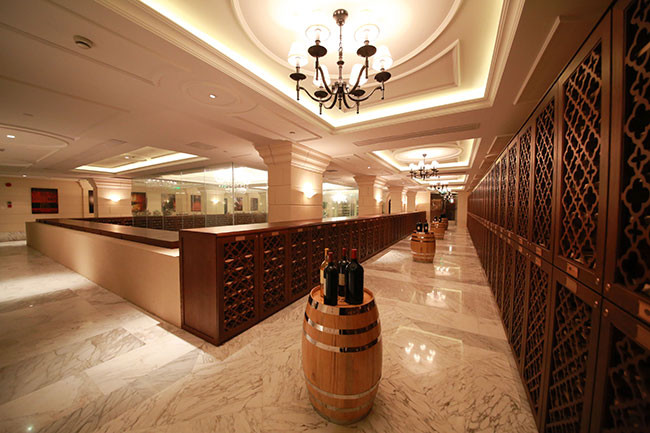