We are in an era when brands are defined by users. Your brand image is decided by what your users think you are; your product and brand value also depend on how much your customers think you’re worth.

Such phenomenon have already been widely observed and accepted in other industries. The irresistible charm of Apple, the powerful status of Google, the price of Mercedes and luxurious cars... All of these can be explained with the same theory.

However, it seems the wine business is just about to catch up. In China, a country without a wine culture, the concept of brand seems fairly weak among wine producers.

Domestic giants such as Great Wall and Changyu have indeed established their brands among consumers by traditional TV commercials. However, they tend to be less responsive to market changes. In an era when people tend to form an opinion about a brand based on what they see on the internet, their brand image is on the line.

In such a market environment, how can we change the perception of Chinese wines among consumers? I have been thinking about this for a while. What we need, perhaps, is a platform for consumers to communicate with wine brands on an equal base.

The communication should happen via tools the younger generation consumers are most familiar with—such as WeChat, which is convenient and efficient, with almost no extra cost. Fairness and dignity, very importantly, should be part of the ground rules when such communication takes place.

Hear me out—after numerous changes, Chinese people’s opinion on product price has now ‘evolved’ to a rather cold-blooded phase. Consumers naturally assume that the seller should be ‘looked down on’ because they have a profit margin; consumers are convinced that the sellers should sell their products at the same amount as, or even lower than, the actual value of them.

Such ideas have especially plagued distributors of fast-moving consumer goods. ‘Selling with dignity’ seemed to be an almost impossible option when the market was bombarded by crazy sales fired by various online shops.

It was not until last year when a few powerful creative industry brands and platforms started to call for people’s attention to the ‘human elements’ of the products.

If all products have to be sold at the same amount as, or even lower than, their actual physical value, how can creativity be rewarded? How can quality products with added value be made knowing it will be credited? This is especially true for products made with human efforts and craftsmanship, such as, wine.

Indeed—the making of wine is not only a set of boring figures such as the cost of lands, the depreciation of machines, salaries and expenditures on bottles, corks and capsules. Wine is a product nurtured by time, wisdom and emotions. It involves an enormous amount of intangible costs.

On the bright side, the Chinese civilisation was largely originated from agricultural activities. People tend to respect what’s grown in their lands as ‘gifts from heaven’. The emotional connection with lands means that the value of wines can be appreciated; what it also means is that potentially people are willing to pay a higher price for them.

Therefore, I think Chinese winemakers are in need of a platform for consumers to understand them, but in a more ‘human’ and dignified way.

The producers should not only talk about the cold quality facts such as the region’s climate, grape varieties and the use of oak barrels, but also the difficulties in cultivating the wastelands, the risks in burying the vines in winter, the bliss at harvest, and the sense of pride when the quality of their wines is recognised.

To build such a platform, I recently initiated a wine club for consumers who love domestic wines. These ‘seed consumers’ to quality Chinese wines need to pay a fee to join the club, but not for buying wines.

They will instead receive wines gifted by wineries around the whole country, and they will be in direct contact with the owners and winemakers via WeChat. What they’ll need to do, though, is to give feedback about these wines, including wine reviews and pictures. To show the producer’s gratitude to their sincere feedback, their testimonies will be marked in the cellars and vineyards of the wineries.

Initially we only wanted to gather 100 members for the club, but I received 485 applications. That was a pleasant surprise—it seems the ‘human element’ in wine is being appreciated by more, and one day it may blossom into a new era for Chinese wines.

As the founder of Aroma Republic, Terry Xu is a young wine expert and one of China's most influential opinion leaders in wine. Wei Xu started his wine life right after studying in Bordeaux (BEM). Having been... 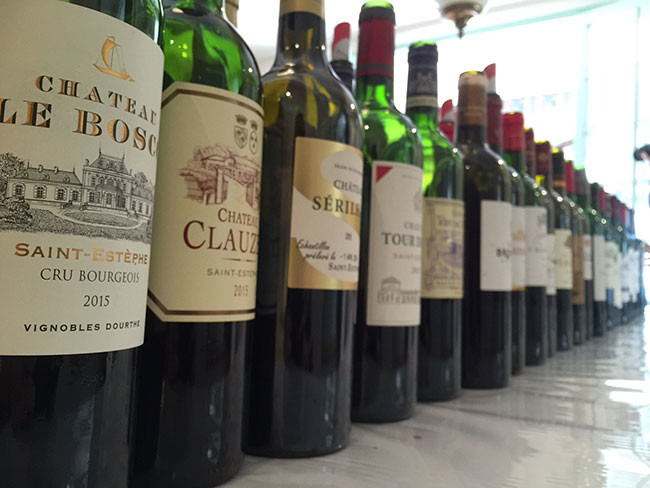