New figures show that 10 countries drink around two thirds of the world's wine, but who is drinking the most? See below for a graphic prepared by Decanter using OIV data.

World wine consumption crept up in 2015 to 240 million hectolitres, the equivalent of 32 billion 75cl bottles, said the International Organisation of Vine and Wine (OIV).

It means that the world is drinking about the same amount of wine as it did 10 years ago. But, this headline figure hides a shift in wine consumption from the traditional producer countries, particularly France and Italy, to new wine lovers in the US and China.

Ten countries account for around two thirds of world wine consumption, according to the OIV.

See them in the chart below. The consumption figure is translated from millions of hectolitres into the equivalent number of standard bottles, and rounded to one decimal place.

Below is the data that was used to create the chart above.

In order, the countries are: US, France, Italy, Germany, China, UK, Argentina, Spain, Russia and Australia.

The pursuit of bragging rights in the wine world recently enveloped the leaders of both France and Italy, after Italian prime minister Matteo Renzi claimed that his country now produced better wine than the French. 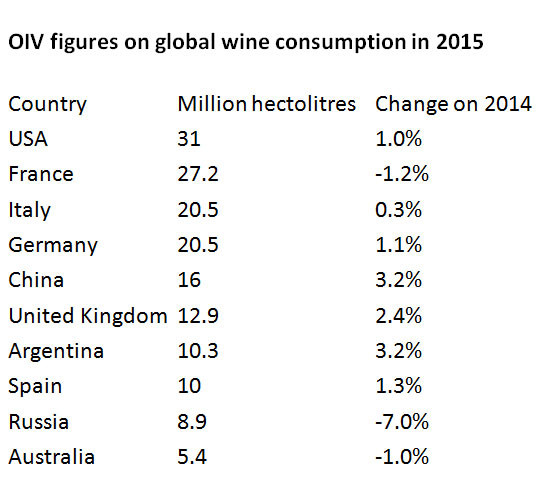 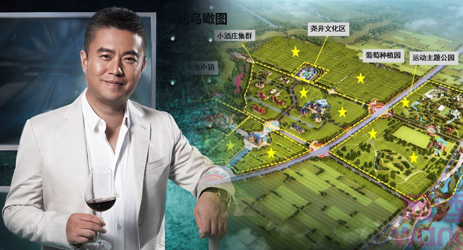