A French crossing and the Chinese equivalent to Carmenere are among the likely candidates to become China’s signature wine grape, local experts believe.

Searching for an identity

Although Cabernet Sauvignon is currently the most widely planted wine grape in China, taking up 60%-70% of Chinese wine growing areas, local producers believe that China needs its own ‘signature grape’ to establish its identity in the global market.

‘It is possible for China to make quality Cabernet Sauvignon wines, but to compete with established wine regions (for this variety) such as Bordeaux and Napa Valley, we are still facing many challenges,’ said Professor LI Demei, Chinese wine authority and DecanterChina.com columnist.

He spoke at the Decanter-hosted ‘Discovering wine regions from China’ masterclass during Vinexpo Hong Kong 2016.

The potential of Marselan

With China being its biggest country outside France (a total of 133 to 200 hectares has been planted), Marselan is comparatively unknown to the world, making it a promising variety to become China’s speciality, said Prof LI.

Marselan is currently grown by several renowned Chinese wineries, including Grace Vineyard in Shanxi. It was also part of the Domaines Barons de Rothschild (Lafite-Rothschild) vineyard plantings in Shandong province.

The variety is ‘vibrant purple in colour, with fresh and aromatic nose of while fruits and Cabernet-like minty characters,’ according to Prof Li.

On the other hand, Changyu, China’s oldest commercial wine producer, is keen to promote Cabernet Gernischt, the same variety to Bordeaux and Chile’s Camenere, as the signature grape variety in China.

China has a long history of planting Cabernet Gernischt, said Changyu, which registered its first dry red wine made from the variety, ‘Jie Bai Na’, in 1937.

Cabernet Gernischt has now ‘to some extent established its own character in China, and attracted a certain level of market demand,’ said WANG Zuming, head of the wine division of China Alcoholic Drinks Association (CADA). The move to promote the variety is ‘beneficial’ to draw the attention of international trade and consumers to Chinese wines and wine producing regions, said Wang.

The total sales of ‘Jie Bai Na’ have now reached 430m bottles, according to Changyu.

Rich red fruit and a green pepper nose are among the key characters of this variety in China, with many ‘food-friendly’ wines on the market, said Prof LI Demei.

More varieties are being tested in Chinese vineyards to find out which could be best suited as the country’s ‘signature wine grape’.

Grace Vineyard is even testing the ancient variety Aglianico.

‘It is still impossible for us to know for sure, as we don’t have enough experience to support a conclusion yet,’ said Prof Li. ‘But I believe in the future we will see more varieties that adapt well to Chinese wine regions.’ 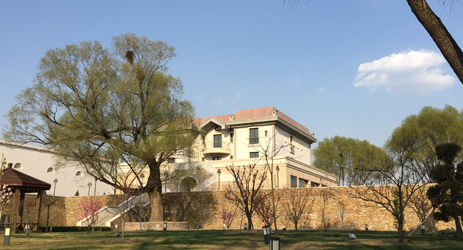