As the name Al-de-hydes suggests, these flavours come from de-hydrogenated alcohol. It is a chemical compound formed via oxidation of alcohol in wine. This process contributes oxidative flavours to wine. These flavours play a dominant part in particular wine styles, such as sherry and Vin Jaune of Jura.

Aldehydes commonly give nutty or bruised apple aromas to the wine. This type of flavour can sometime be tricky to analyse during tasting. Depending on the wine style, these flavours can be either a wine flaw or a typical flavour. In Jura, for instance, both Vin Jaune and and Vin de Paille are made from Savagnin, an indigenous grape variety of Jura. Vin Jaune typically shows oxidative flavours from aldehyde; while in Vine de Paille, these flavours are considered as a flaw.

When we store wine in new oak barrels, these vessels add flavours to wine. These flavours mainly come from the toasting process when making oak barrels. This is a process that releases a huge amount of aroma compounds, depending on the level of toasting.

Eugenol and Isoeugenol：Spice and clove notes

Furfural and 5-Methylfurfural：Caramel and sweet aromas

Guaiacol and 4-Methulguaiacol：Charred and smoky aromas

Vanilla is one of the most frequent tasting notes applied to wines, and it belongs to the sweet spice category. It can be found in red or white wines, usually as an aroma instead of a taste. Vanilla notes are usually generated during the ageing process of wine in oak barrels, typically American oak as opposed to French oak, and younger barrels rather than older.

Reds from Rioja are a common example, such as Faustino’s Gran Reserva 2001, praised for its ‘sweet, vanilla notes of American oak’ — as are oak-aged Chardonnay wines from California and Australia.

The way a barrel is toasted can also bring out vanilla in wines, as William Kelley notes, ‘lighter toast levels bring aromas of vanilla and fresh wood to the fore’.

Chocolate is quite a common flavour and aroma in full-bodied reds from warmer climates, such as southern French Merlot, Montepulciano d’Abruzzo and Barossa Valley Shiraz. It can be identified in several different guises – milk chocolate, dark chocolate and even cocoa powder. The latter can sometimes be associated with ripe, sweet tannins, providing a descriptor of texture as well as flavour. Barrels that have been heavily toasted, either using an open flame or in an oven, can also lend chocolatey flavours to a wine.

An aroma often found in red wines that have been aged in oak. Either a secondary or a tertiary aroma, it is associated with the winemaker’s influence and a wine’s ageing process rather than a grape’s varietal characteristic or primary aroma.

It is often used as a descriptor in conjunction with vanilla, toast and cedar, which are all associated with the use of oak in red wines. It can also be a savoury characteristic indicative of a wine softening and ageing, losing some of its primary fruit and gaining complexity and depth. 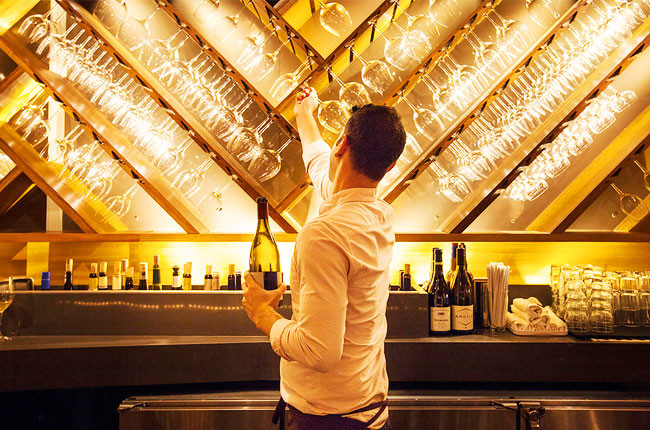